Can you believe we are halfway through September and Thyroid Cancer Awareness Month? While awareness should take place every day, I hope all the articles, photos, and tweets I’ve shared have inspired you to get your neck checked and learn more about thyroid cancer (the ninth most common cancer in the United States according to thyca.org).

I wrote a post to celebrate my one-year thyroidversary back in June 2014 (you can read it here). Now that I am past the one-year mark, I thought I would share what I have learned going through a cancer diagnosis.

I was very fortunate that my cancer was found early and from the start I had a good team of doctors. I would advise anyone who has been diagnosed with cancer to get a second opinion before making any decisions. After I was diagnosed and had a consultation with an endocrinologist, I saw three surgeons. With each appointment I learned more about my diagnosis, asked questions related to the surgery and post-operative care, and took notes on how they treated me as a patient. When I finally decided to have surgery at Weill Cornell Medical College (after almost two months of research), I knew I made the right choice. I felt confident in my surgeon and the hospital. He explained the procedure at length to me and even gave me his email address in case I had any questions after the consultation.

My endocrinologist warned me, “Don’t turn your diagnosis into a ‘research project.'” Nevertheless, doing your homework and making sure you find the right doctor whom you feel comfortable with is critical. Also, being mentally and physically prepared to undergo surgery is important. I had initially scheduled my surgery for May 2013, but then postponed it by a month. My diagnosis so frightened me that I needed more time to process it all. By the time I went for my thyroidectomy in June, I felt informed and confident.

While the surgery and recovery went well, I did struggle at first with my Synthroid dose. I was put on 88 mcg before my surgery because I was also diagnosed with an underactive thyroid. After a few weeks on Synthroid, I began to feel sluggish, weak, and have stomach pain. I told my endocrinologist about my symptoms. To my surprise, he was not sympathetic and brusquely told me to see my primary care doctor.

After the operation, my surgeon increased my dose to 100 mcg to account for the fact that I no longer had any thyroid hormone. Weeks after my surgery my thyroid stimulating hormone (TSH) levels were tested and my surgeon told me that everything looked good and that I should continue on the same dose. Later that same day, though, my endocrinologist called and said my levels were still too high and he wanted to increase my dose to 112 mcg. You can imagine my surprise and confusion after the call! For most of the year following my surgery I saw my surgeon regularly, seldom seeing my endocrinologist, and remained on 100 mcg of Synthroid. It wasn’t until April 2014 that I saw my endocrinologist, and again he advised me to increase my Synthroid dose to 112 mcg. After a tense conversation, I reluctantly conceded, more because I needed a new script than that I actually agreed with him. He explained that the higher dose was necessary to prevent the cancer from returning, but there were risks to being on a higher dose when it wasn’t required due to high TSH levels. I left his office that day upset, confused, and reluctant to take the higher dose of Synthroid.

As a rule, I have always preferred to take the least amount of medicine possible. While I understood why the endocrinologist believed a higher dose was necessary, the contrast between his and the surgeon’s interpretations of my blood results was frustrating. The former seems to be more concerned with surpressing the TSH to almost non-existent levels and less with how the patient feels on a certain dose. I haven’t noticed much difference in terms of increased energy levels on 112 mcg, and I must be candid: I prefer to be on a lower dose.

In the end, after speaking with many thyroid cancer survivors, I have learned the importance of finding the right endocrinologist–one who will listen to your concerns and frustrations and not base their recommendations solely on numbers– because as a survivor you will be dependent on them for prescriptions, and even more importantly, on their knowledge and guidance for future care. 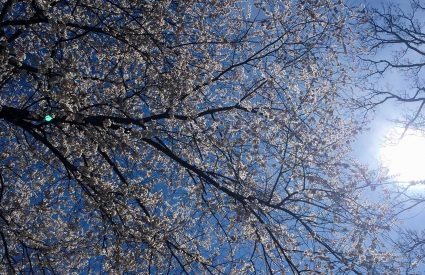 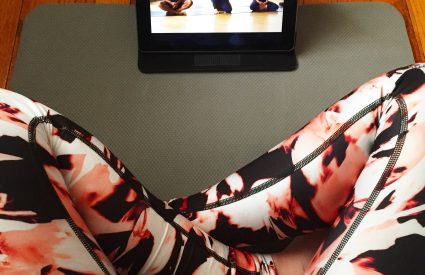