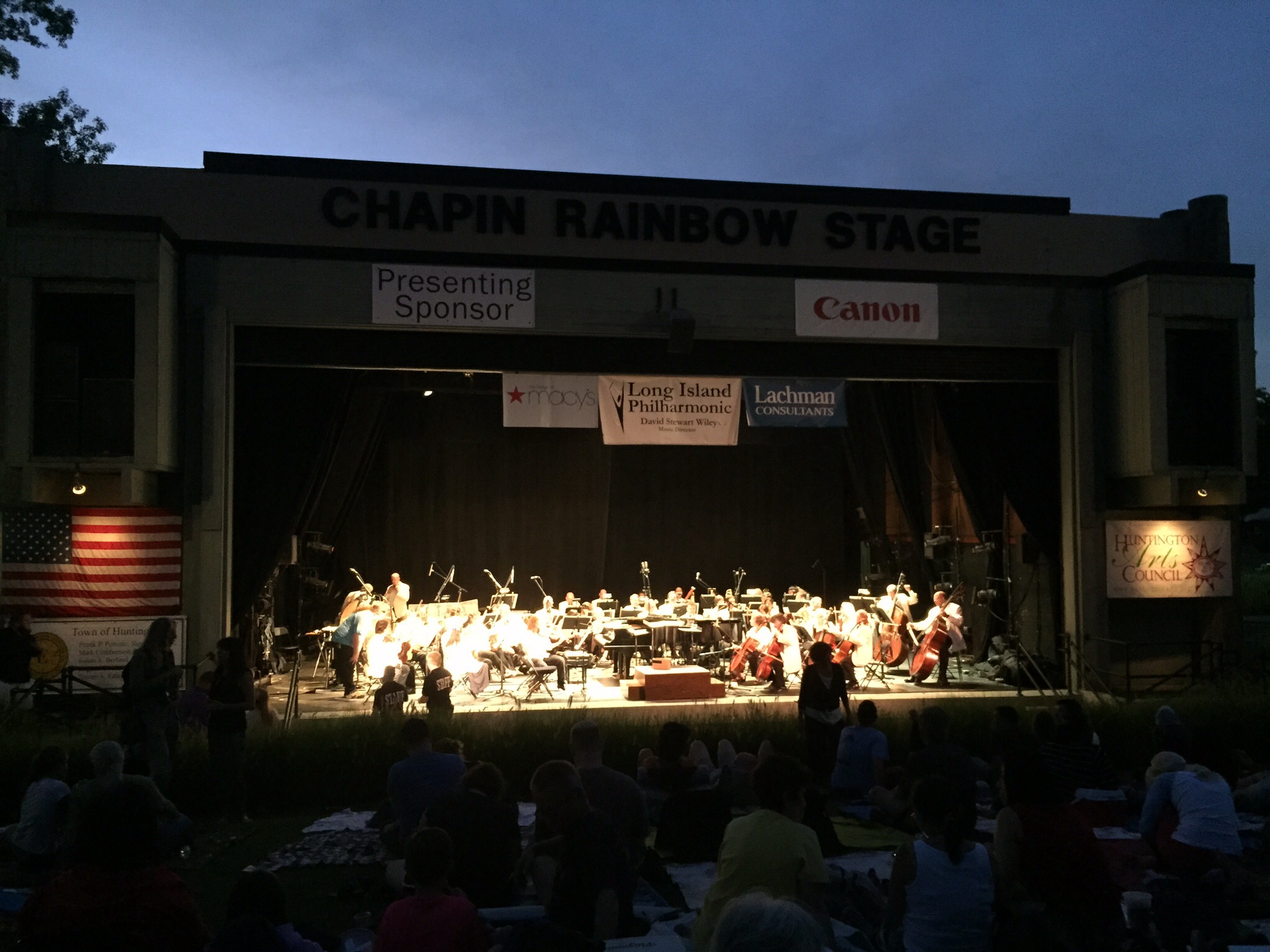 What could be better than listening to live classical music on a beautiful summer evening? That’s exactly how I spent my Saturday night this past weekend. The Long Island Philharmonic performed at Heckscher Park in Huntington, New York in front of a packed house. The weather was perfect for watching the sunset and sitting out under the stars.

This year marks the 50th anniversary of the Huntington Summer Arts Festival, which now comprises 40 nights of performances. Saturday evening was the penultimate concert of the summer. It’s sad to think that summer really is coming to a close soon! 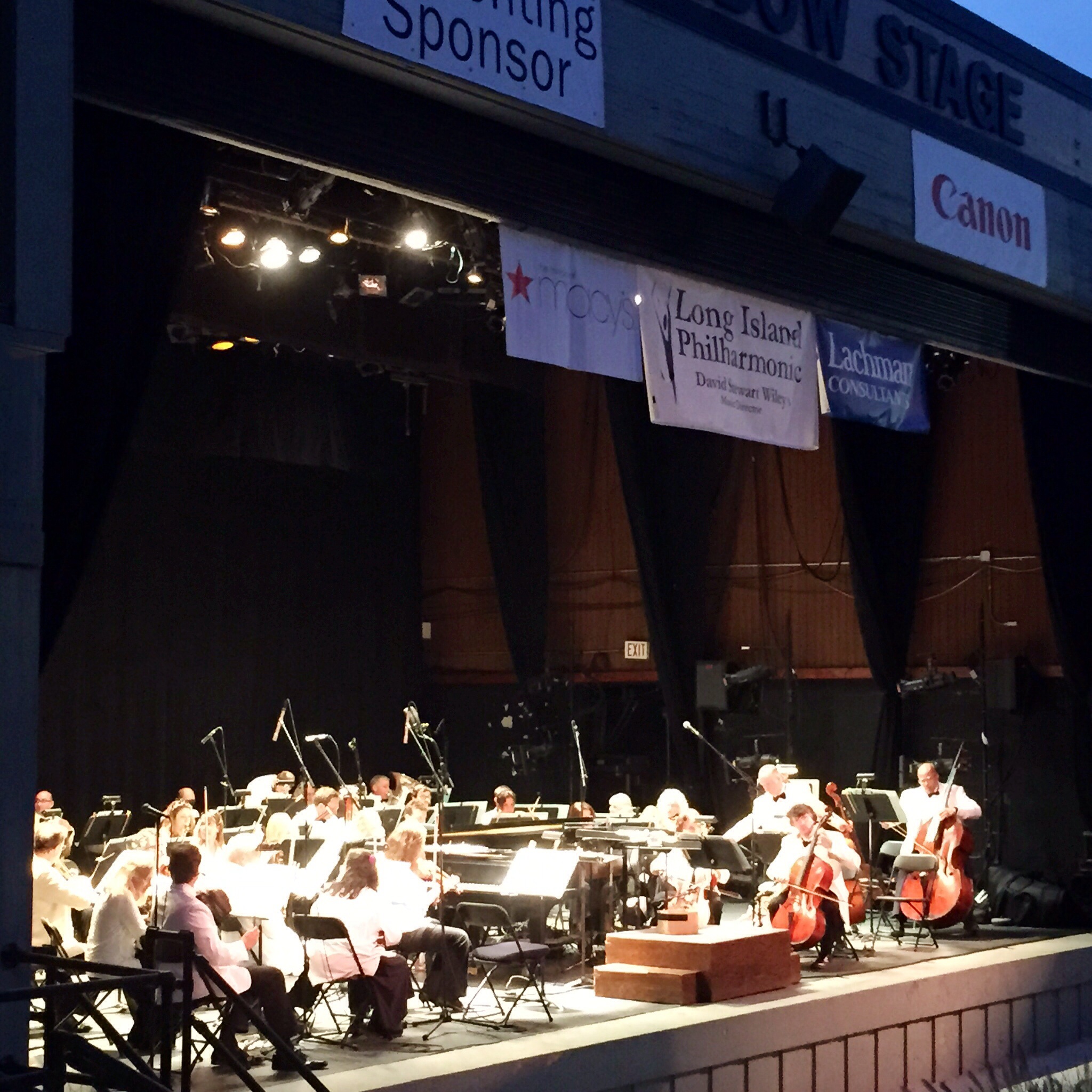 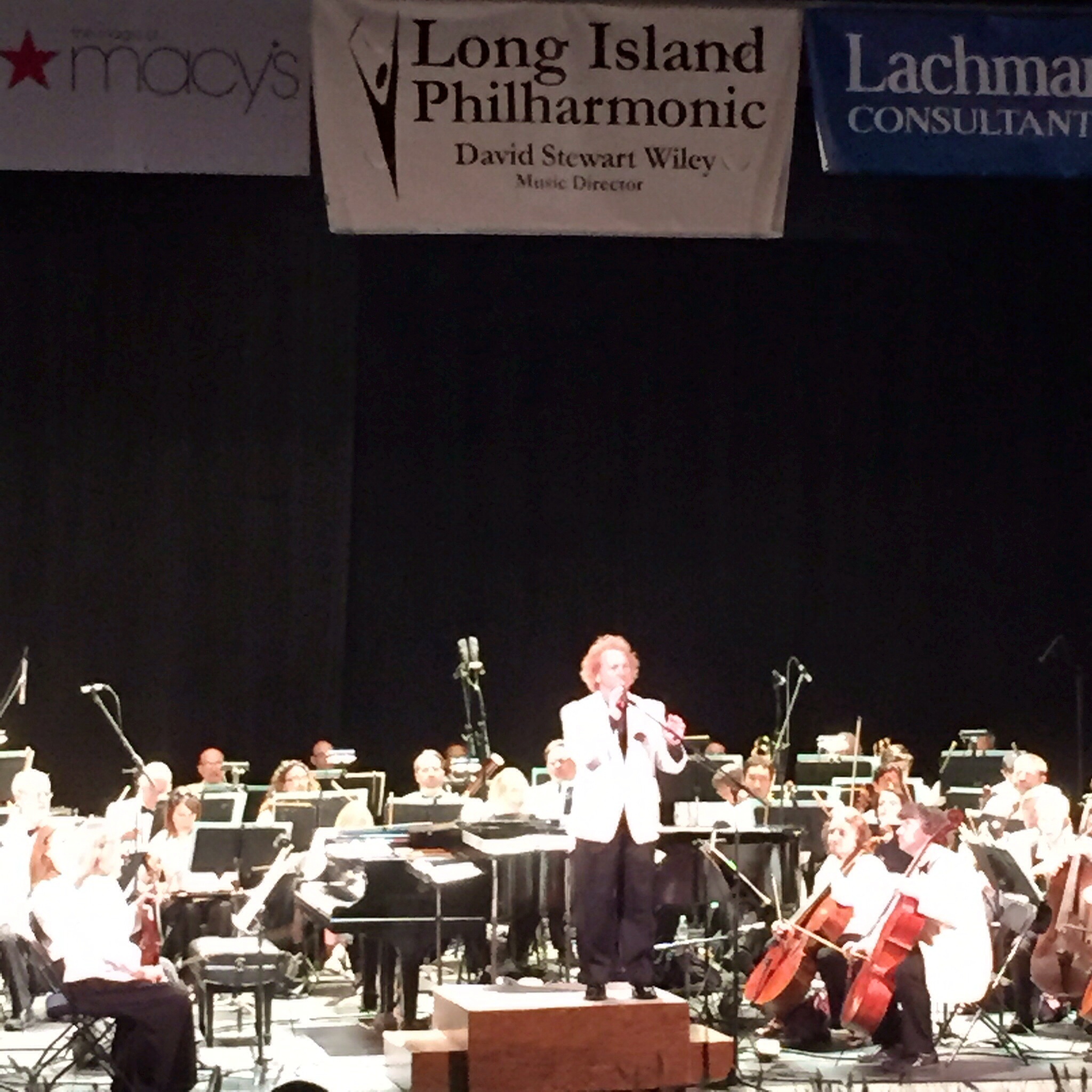 But not before we talk a little bit more about this wonderful performance that the Long Island Philharmonic gave. This was the first time I’ve heard them perform, although my friend who lives in the area and saved seating earlier in the day has seen them at Heckscher before. Under the direction of David Stewart Wiley, the Philharmonic performed renditions of J.S. Bach’s Keyboard Concerto No. 3, Beethoven’s Symphony No. 7, Williams/arr. Burden Star Wars Medley, and Gershwin’s Lullaby for Strings, before ending the night with an “Armed Forces Salute” (arr. Lowden). 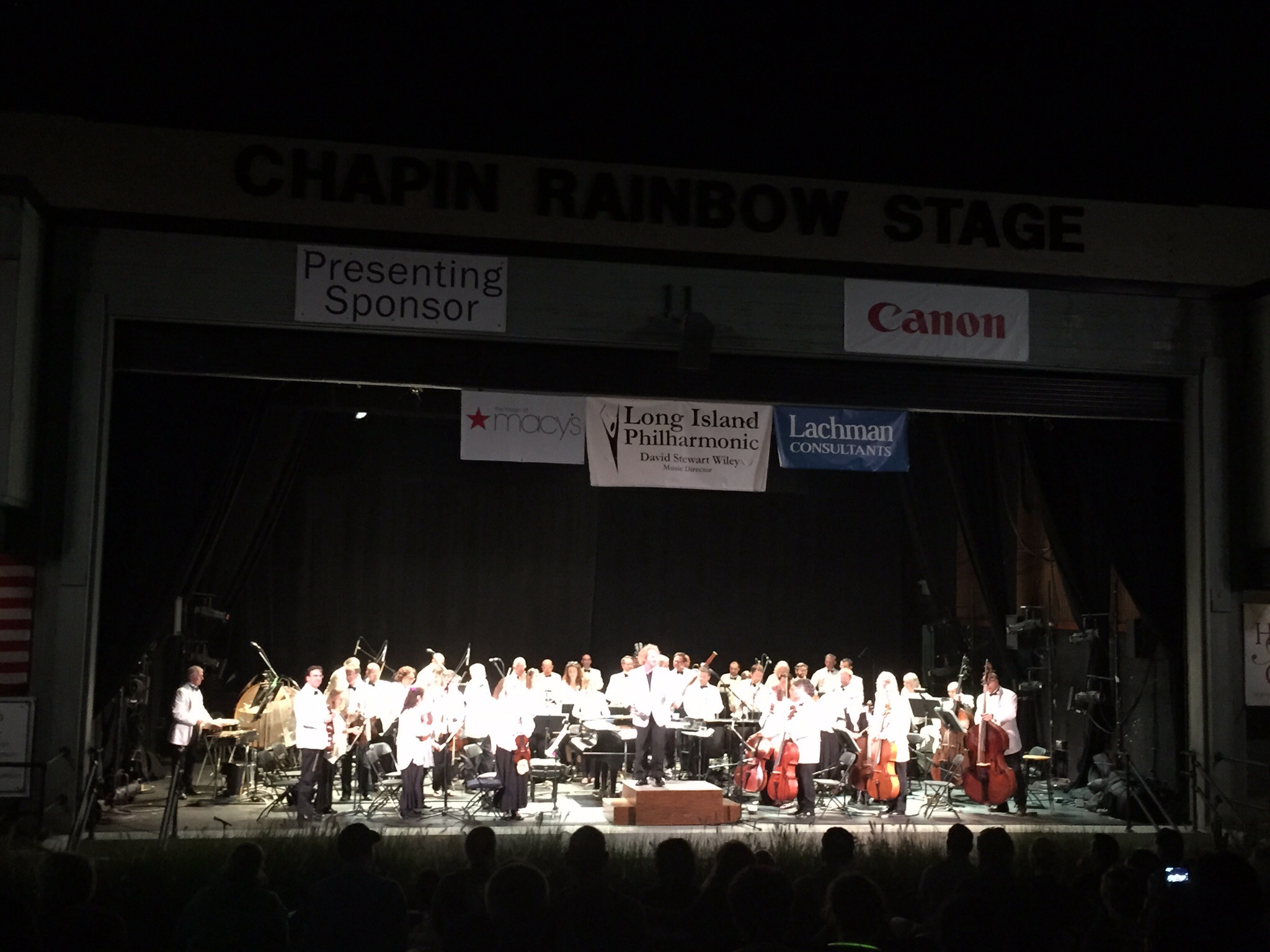 Despite growing up in Huntington, I rarely made it to events at Heckscher Park. But after seeing the Philharmonic perform, I have definitely been missing out. It was such a relaxing night and a great way to spend a summer evening. I’ll be looking forward to their next performance in town!