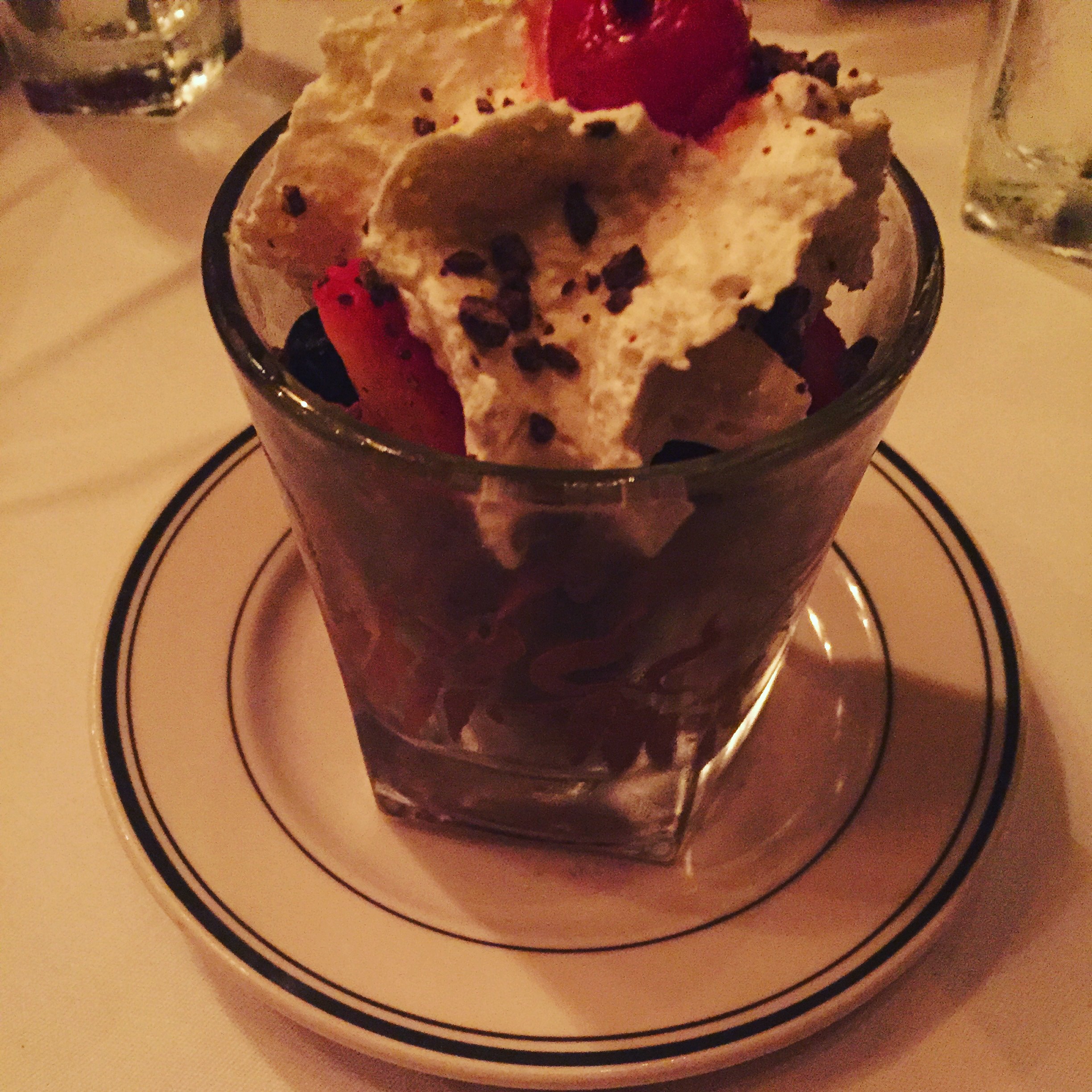 The time has come to say farewell to Long Island Restaurant Week. But I have good news for all of you foodies out there. I’m recapping my favorite dishes, the best desserts, and the new restaurants that have earned a coveted spot on my ‘Best Places to Eat on Long Island’ list. So let’s dive in, shall we?

I had eaten at Irish Coffee Pub and Strip Steak before, but it was nice to revisit them. I always try to have new restaurants on my list during Restaurant Week, and this time was no exception.

Best Menu
When the list of participating establishments is announced, I enjoy perusing the menus. A divine dessert is a selling point for me, so I tend to start there and make my way to the appetizers.

In terms of the menu, Ruvo was a knockout from the beginning. They offered seven options for appetizers, twelve entrées, and six desserts. This was one of the most generous Restaurant Week menus I came across and it left me eager to try the restaurant. 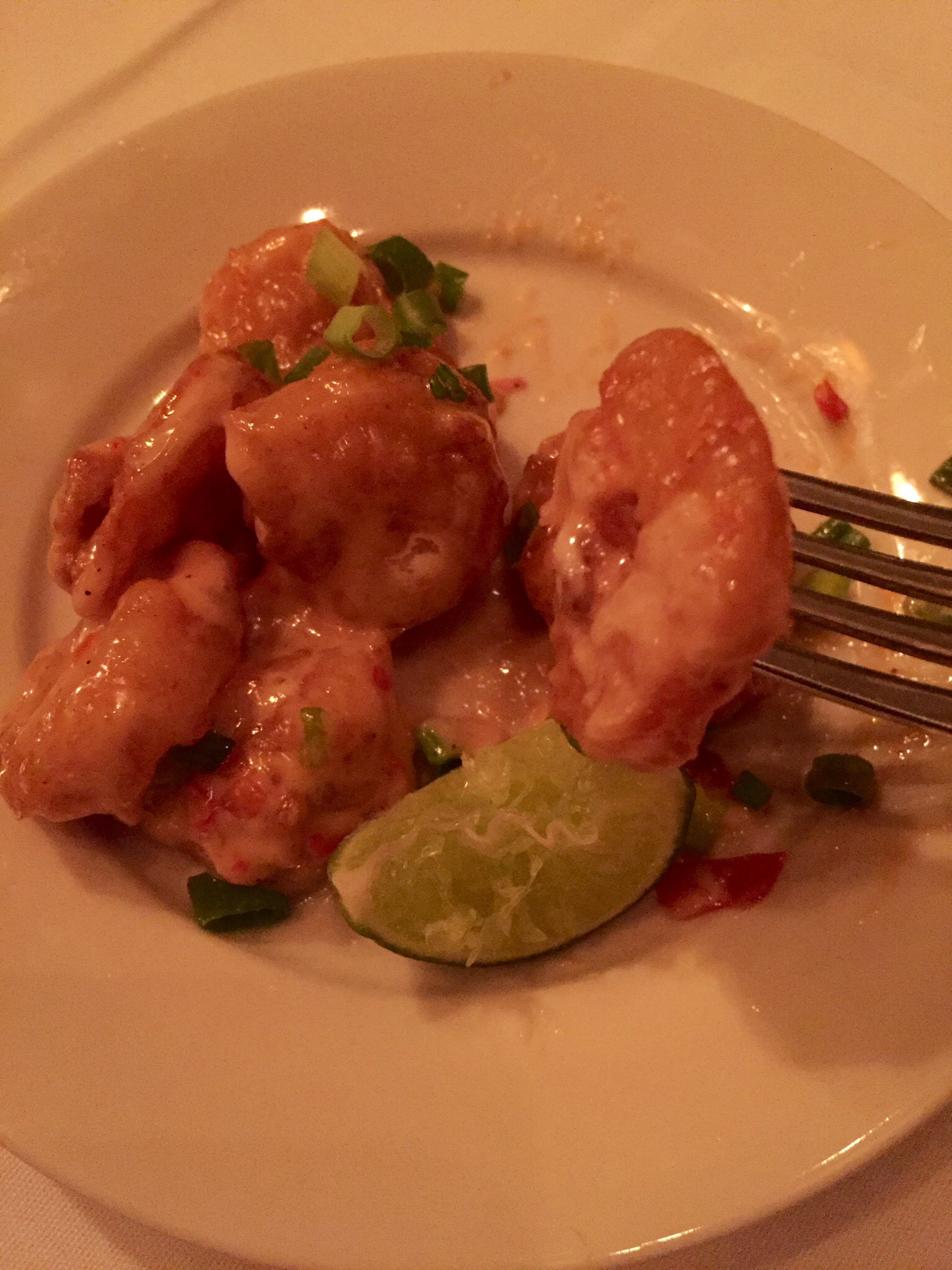 Best Appetizer
Strip Steak earned this honor hands-down. I ordered the pop shrimp, which were battered and fried bite-sized shrimp tossed in a Thai chili aioli. The unique flavor combination of sweet and spicy coupled with the juicy shrimp was simply delicious. This appetizer had just the right amount of spicy kick to it and the portion size was satisfying.

The second place winner was the Parlor House Grill, where I had a cup of the seafood bisque. 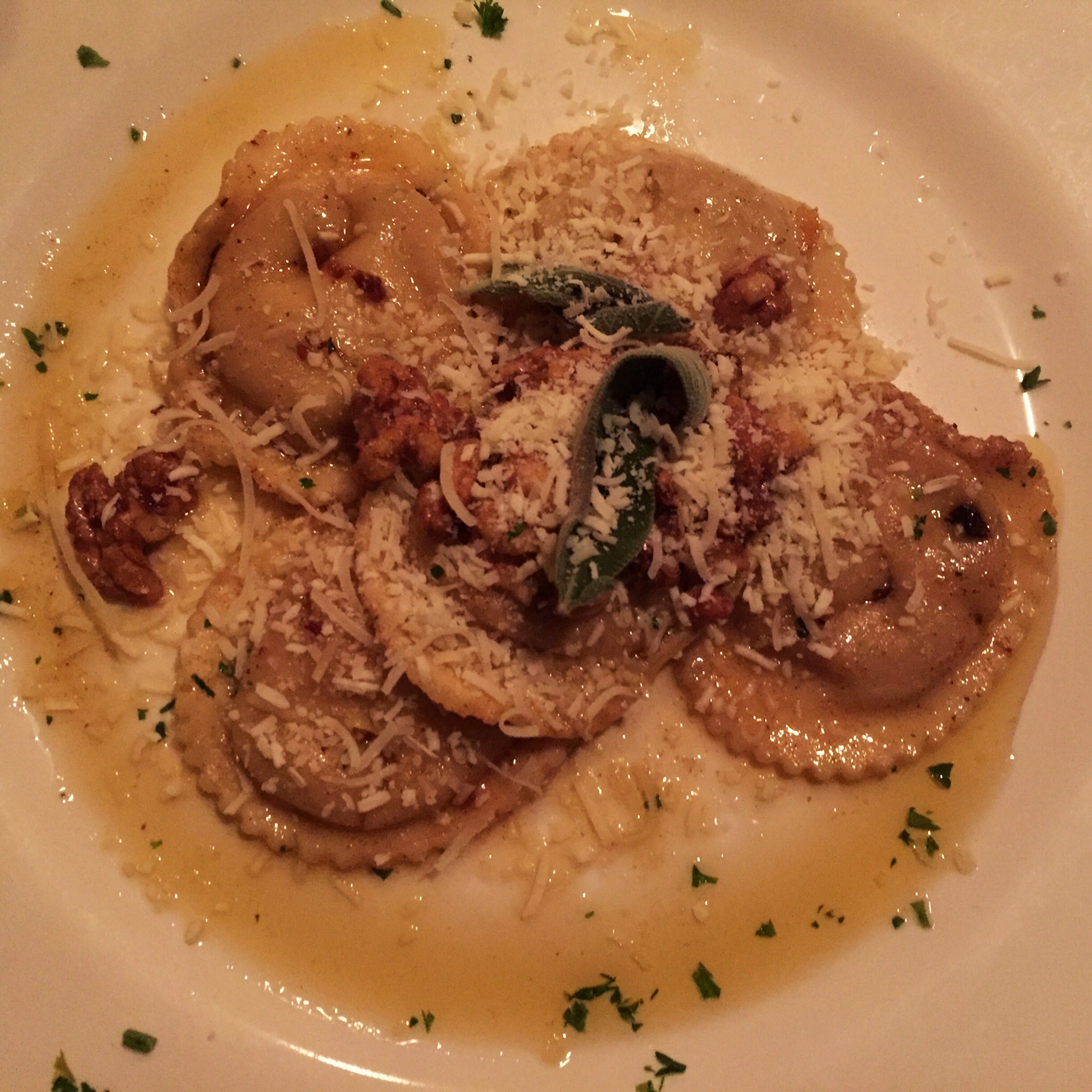 Best Entrées
Ruvo takes this spot, too. One item on the menu immediately caught my attention; the pumpkin ravioli in a brown butter sauce with toasted walnuts. My pumpkin obsession is still going strong, and this flavorful mix sounded too good to pass up — and it did not disappoint. The ravioli were sweet and paired well with the brown butter sauce. If you love pumpkin as much as I do, then this is your dish. 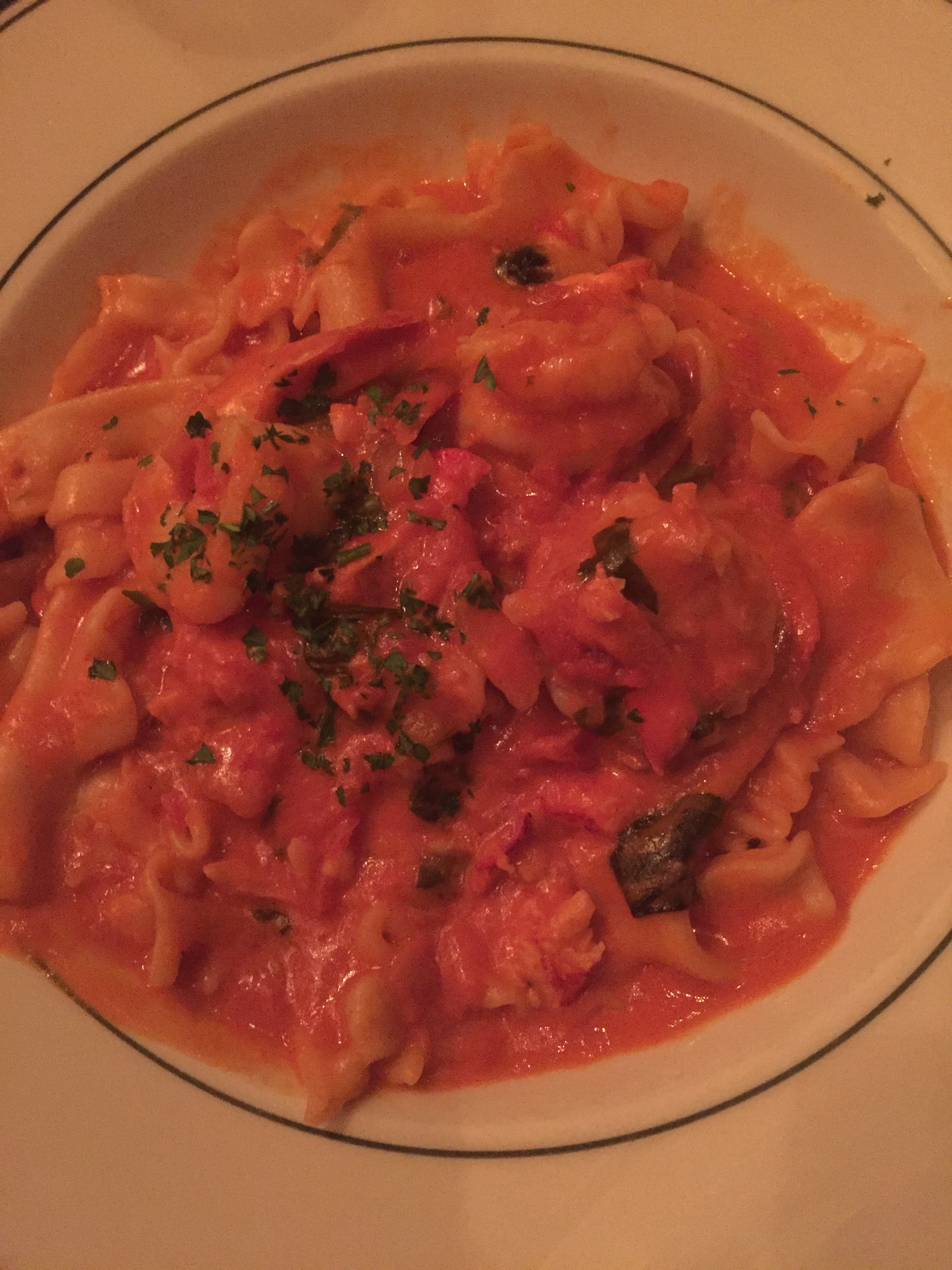 The third place winner was the Irish Coffee Pub. I ordered the certified angus beef flat iron steak in a tequila-lime marinade. This juicy steak was cooked perfectly and came with a baked potato side. 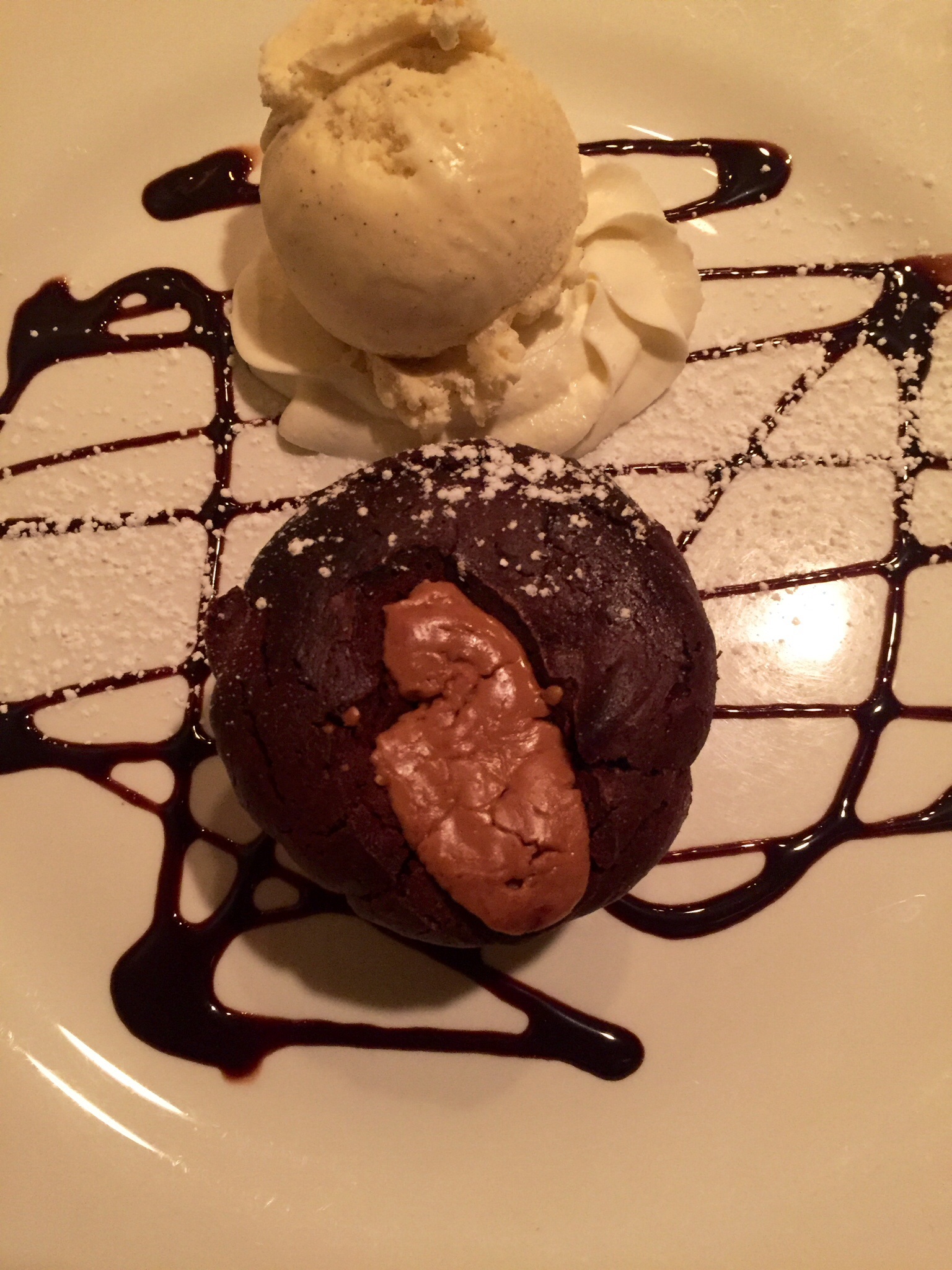 Best Dessert
By now, you may be tired of Ruvo claiming all of the honors, but the warm chocolate peanut butter cake was out of this world. You know when I pass up a cannoli the other alternative better be good! The peanut butter was perfectly melted into the chocolate (think Reese’s), which made for a decadent delight. It definitely earned a spot on my ‘Ten Best Desserts’ list, too. 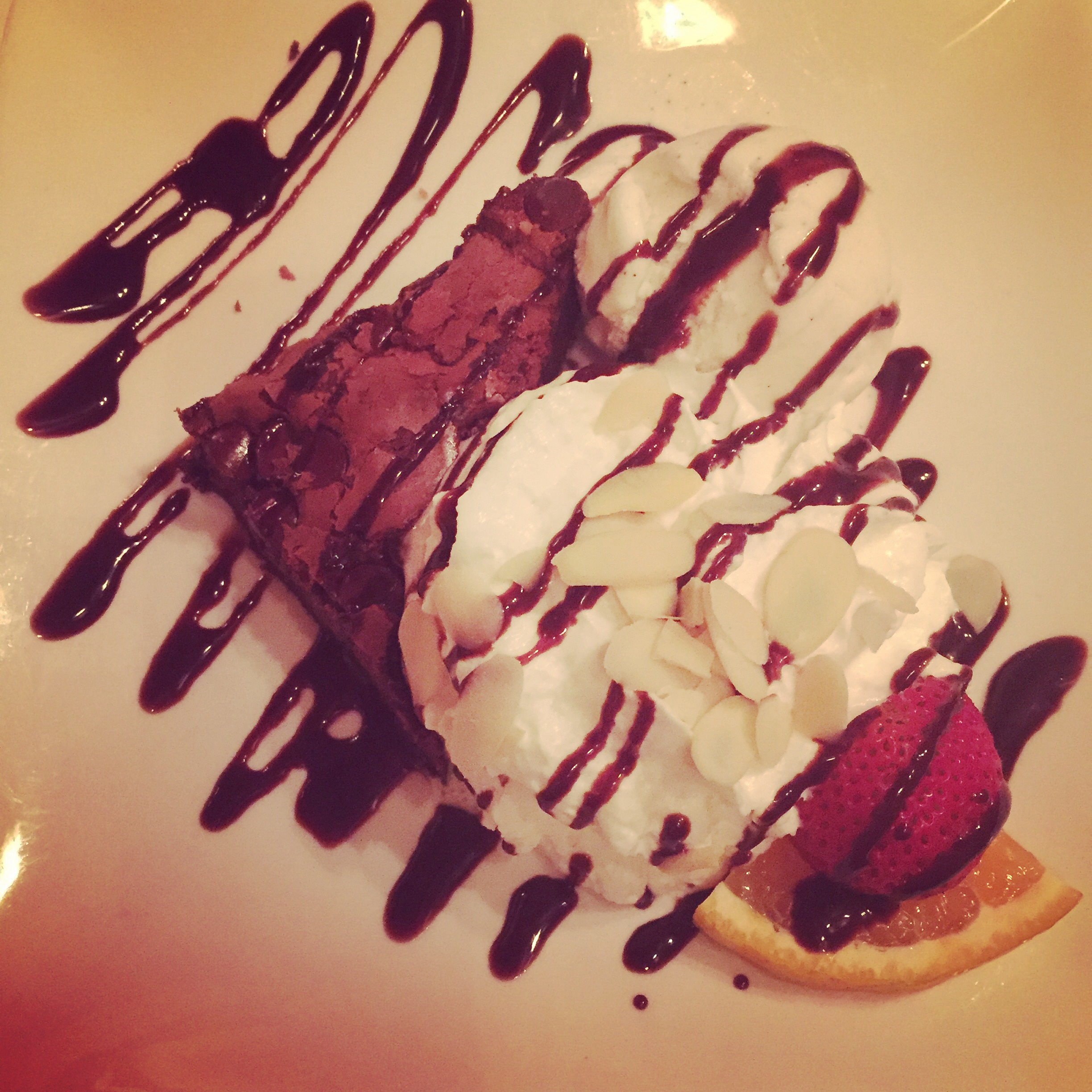 The second place winner was the brownie sundae from the Irish Coffee Pub. This classic dessert is a crowd-pleaser and a favorite of mine.

I’m always sad when Restaurant Week comes to an end. It’s a great way to get out and try new restaurants and dishes. All of the restaurants did a terrific job of putting together a three-course meal with lots of options for the event, and I even walked away with some new ideas for dishes I would like to make at home (hello, pumpkin ravioli!).

After 3 hours of standing in line to cast my ballo

There’s so much going on in the world these days