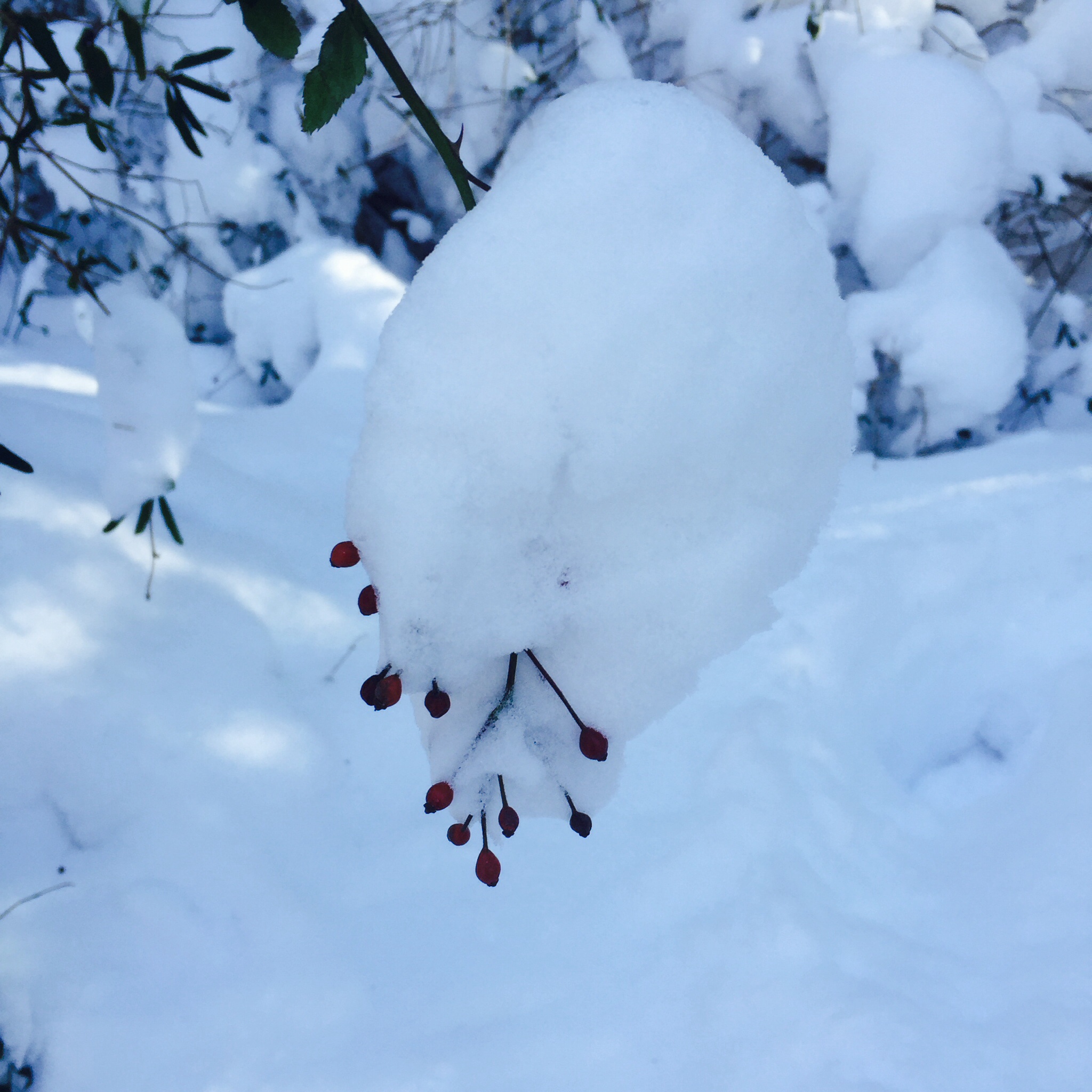 Whether you refer to the storm over the weekend as Storm Jonas, Blizzard Jonas, or if you thought everyone was talking about a Jonas brother for the last few days, it was a doozy. I was prepared for the estimated 4-8 inches Long Island was set to receive (or 6-12 inches, depending on the station you listen to). But not the 20-something we got in reality. I find staying in during a snowstorm similar to going for blood work — minus getting pricked with a needle. Did you ever notice how you are able to go hours without food, except when a doctor tells you to fast? Well, for me, that’s how I am in a snowstorm. I never mind staying in and relaxing for a day — except when it is imposed on me and I can’t get out of the house at all due to a foot of snow blocking my exit. Then cabin fever begins to set in after a few short hours.

My preparations began on Friday — a little later than I had planned. I went to Trader Joe’s around 11 am, expecting to find empty shelves. What I found instead was a civilized store — shoppers patiently waiting at the check-out lines and shelves that were fully stocked. Actually, the only thing they were out of was chocolate scones (#whyyyyyy). With a wagon full of goodies, I mean plenty of food to get me through the storm, I deemed this outing a success. The last stop was a fill-up at the gas station, and then I was ready to hunker down and wait for the snow.

As Friday evening approached, I felt like a little kid on Christmas Eve awaiting Santa. I paced by the windows hoping to see the first flake. By the time I went to bed there was still nothing.

Around 4 am on Saturday I was awoken by the relentless wind that sounded like a freight train hitting the house. 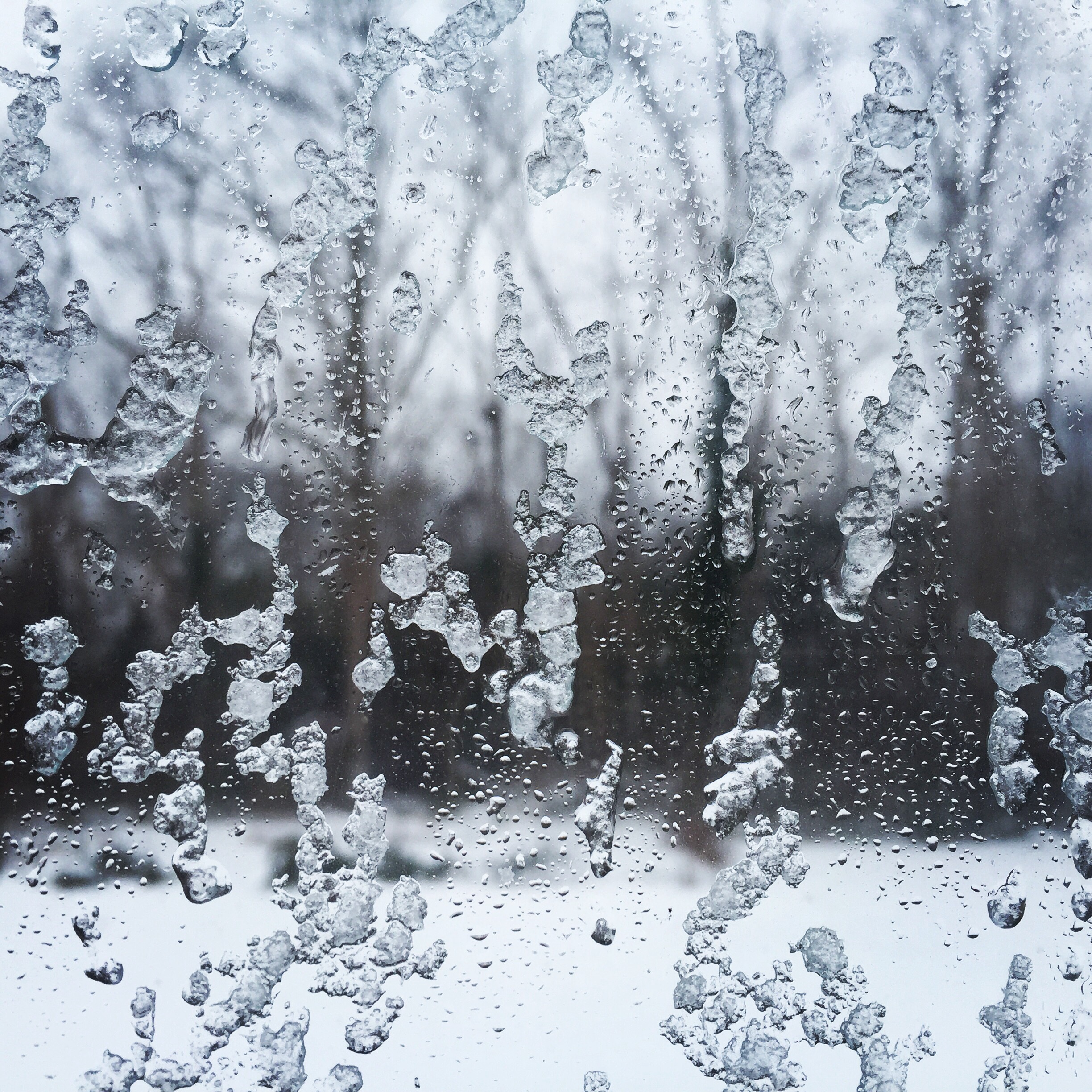 The morning light was not quite out yet and the backyard had a coating of snow that I could barely make out in the darkness. I’m usually not awake this early in the morning, but it was enjoyable to watch as the snow got heavier with each passing moment. By 8 am the storm seemed to be in full force. It was steadier, and brought along blizzard-like conditions. I watched the landscape change dramatically in the four hours since I awoke. There was an eeriness to this storm, and it brought back memories of Hurricane Sandy with its ruthless winds.

The snow and wind continued all morning. I made a break for it around 2 pm, when my cabin fever started to kick in. I opened the side door and was forced to slither through a small opening thanks to the snow drift that was leaning against my exit. A brief survey of the yard resulted in finding myself in knee-deep snow. The cold and biting wind made staying out for more than a few minutes feel like torture. I quickly retreated into the house and back into my pajamas…where I would stay until the next day.

By 4 pm on Saturday I was praying to the Snow Gods to make it stop. I was over the storm and not even a Kardashian marathon on E! could make the conditions palatable. I watched as the snow fell through the evening and wondered if it would ever stop.

In the morning I was woken by a different sound than the day before — that of people and snowblowers. The sun greeted me as I was roused from bed. It was a welcome sight. 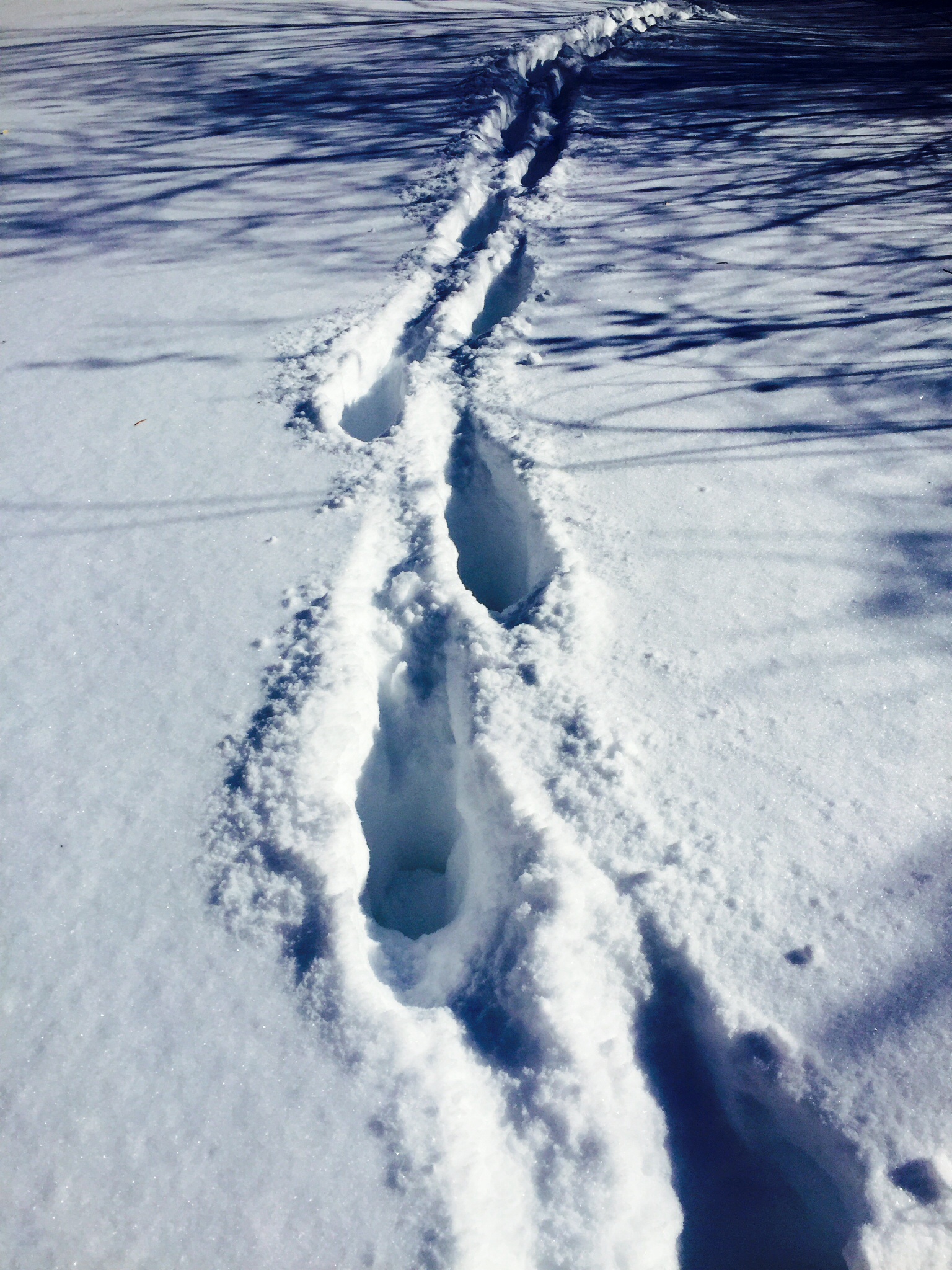 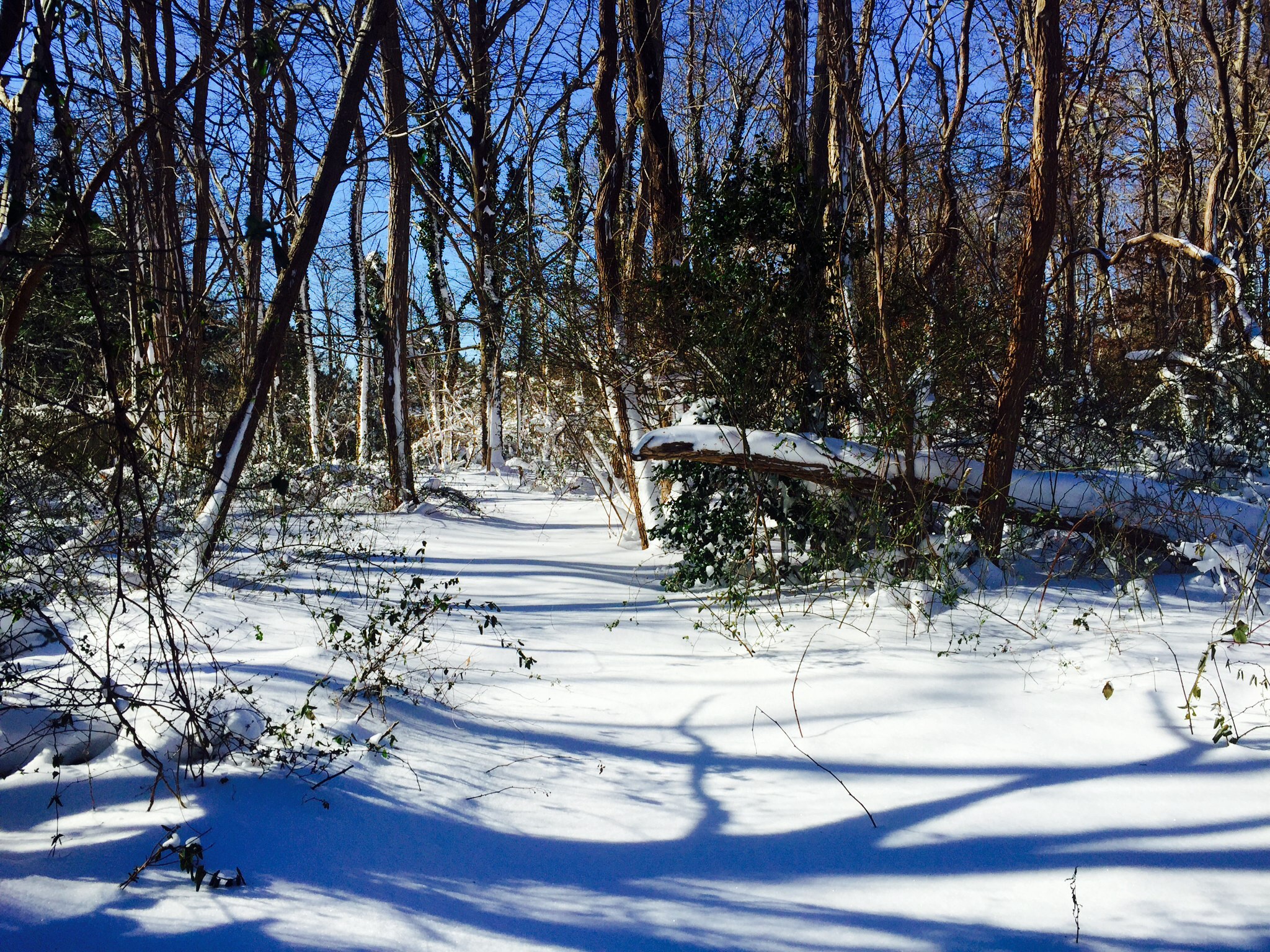 After breakfast I ventured outside. The side door was now in a frozen state, requiring force to pry open. The snow drifts were large, and it was difficult to see just how deep the snow was. I made it out and was immediately swallowed up by the soft powder. Waist-deep, I stood up and tried to make my way like a gazelle. The backyard was blanketed under thick snow. Not even the birds and squirrels were out. 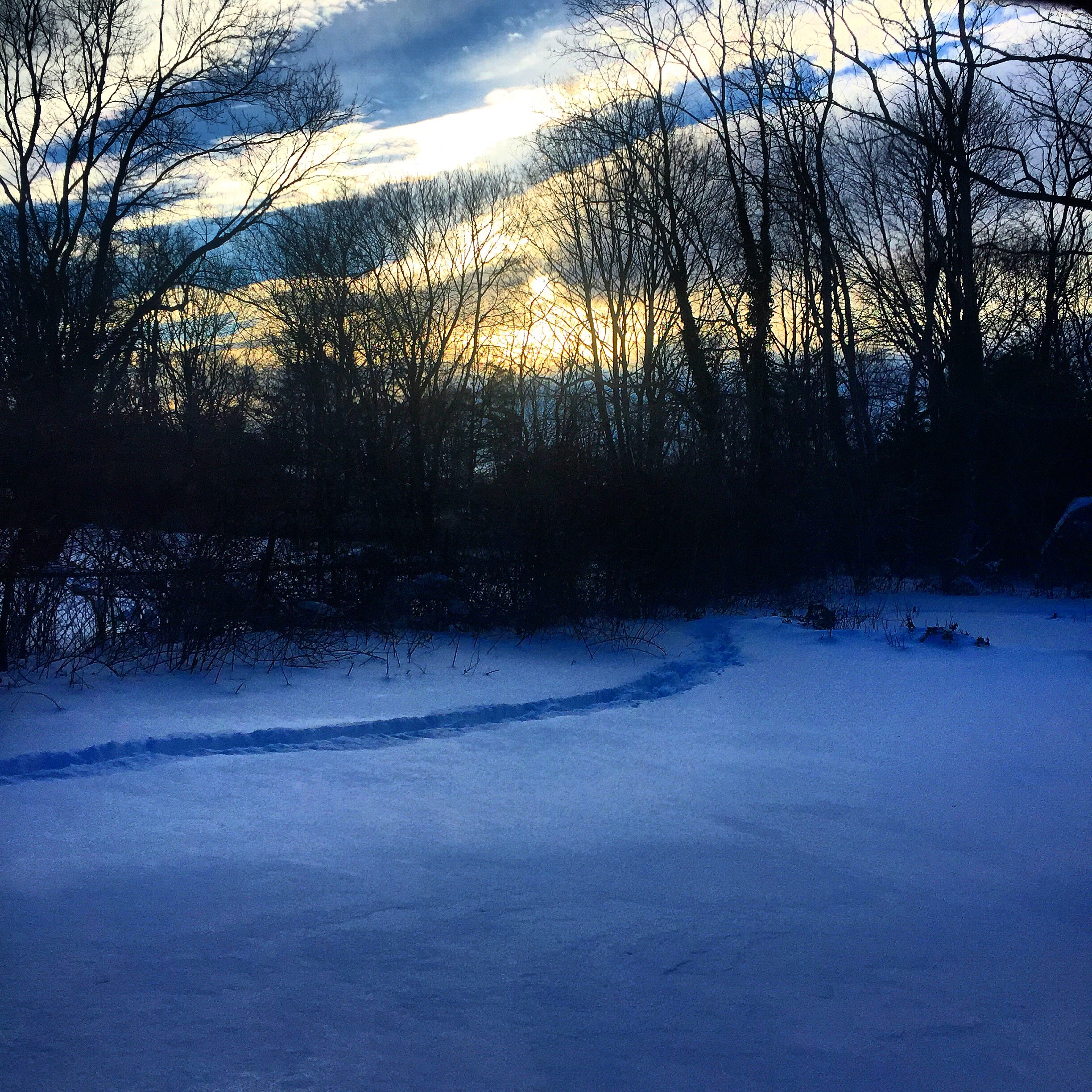 Despite having all of the creature comforts at home and a fully stocked kitchen — complete with Starbucks hot chocolate packets and treats from Dunkin Donuts, I have never been happier to have a plowed driveway and warmer temperatures on the horizon.

But enough about me, how did you fare in the storm? Any fun blizzard stories to share? I’d love to hear them! 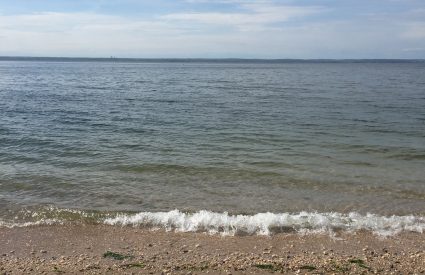 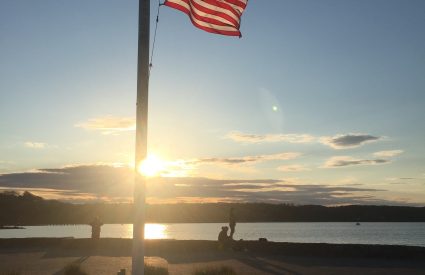 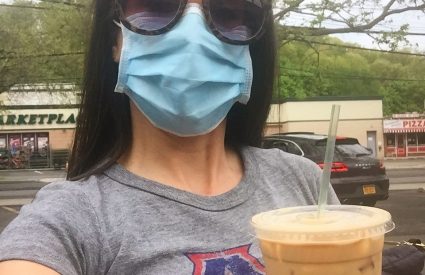 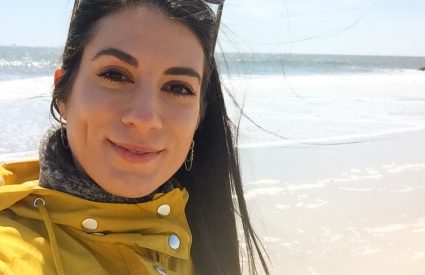 It's a good day when your favorite summer staple f

FaceTiming with my dad in Germany this morning (an

What's one thing that has helped me in my personal