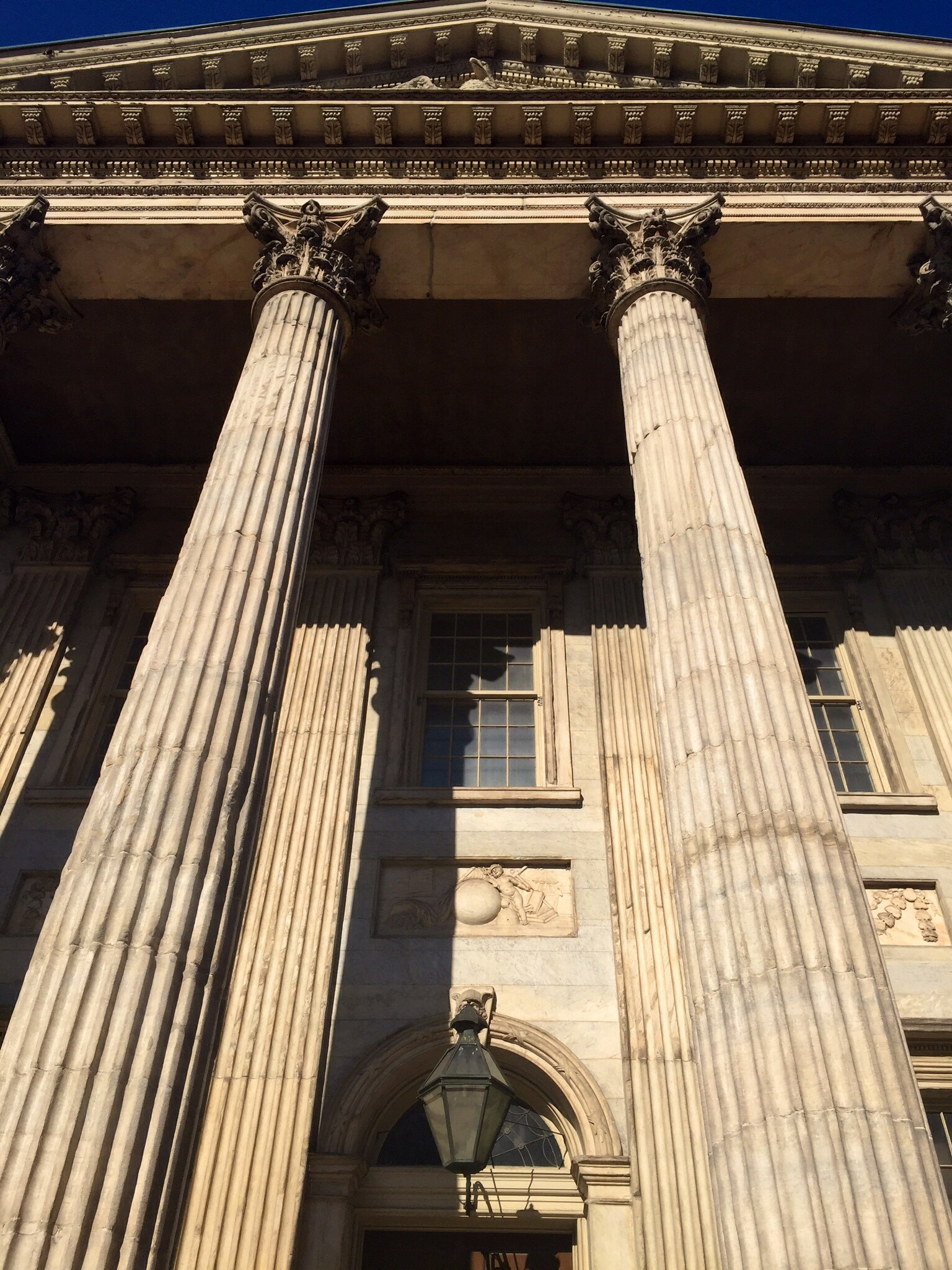 The post you’ve all been waiting for is here — the recap of my trip to Philadelphia. Thank you to everyone who offered suggestions on where to eat and what to see while I was there. It was a short trip, but it was great to get away and experience a new city.

I will tell you that the wanna-be criminologist in me found the Eastern State Penitentiary to be the highlight of the trip (there will be a separate post coming next week with lots of photos from my spooky tour). But if you’re not a criminologist, there is still plenty to keep you entertained in Philadelphia. 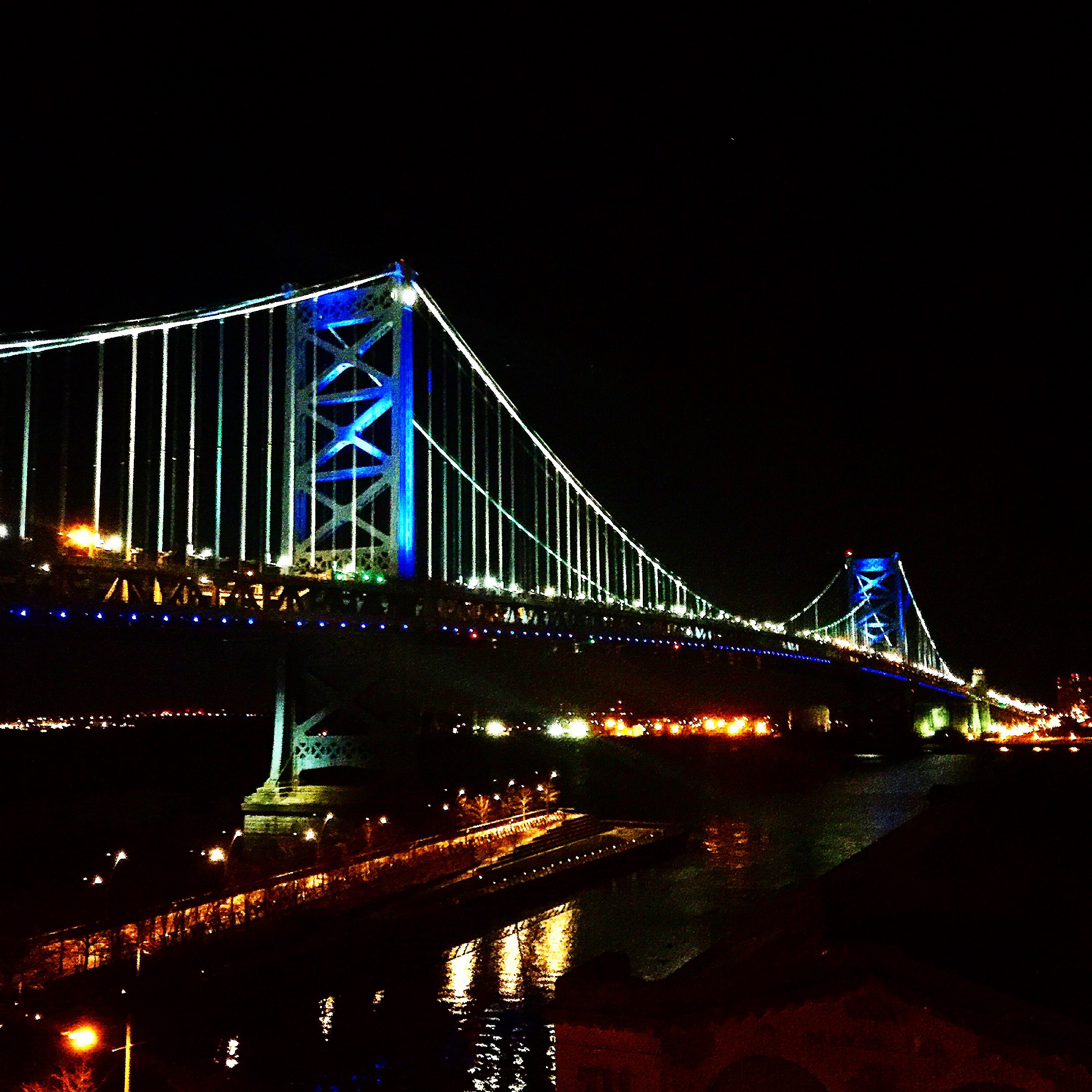 My hotel was in the Old City, which made it easy to walk into town to explore, grab a bite, and get the feel of life in Philadelphia. Right outside my hotel window was a beautiful view of the Ben Franklin Bridge. If you follow me on Instagram, you probably saw plenty of photos of it in various states of sunrise, sunset, and night captures! Sorry, I can get a little shutter-happy sometimes. 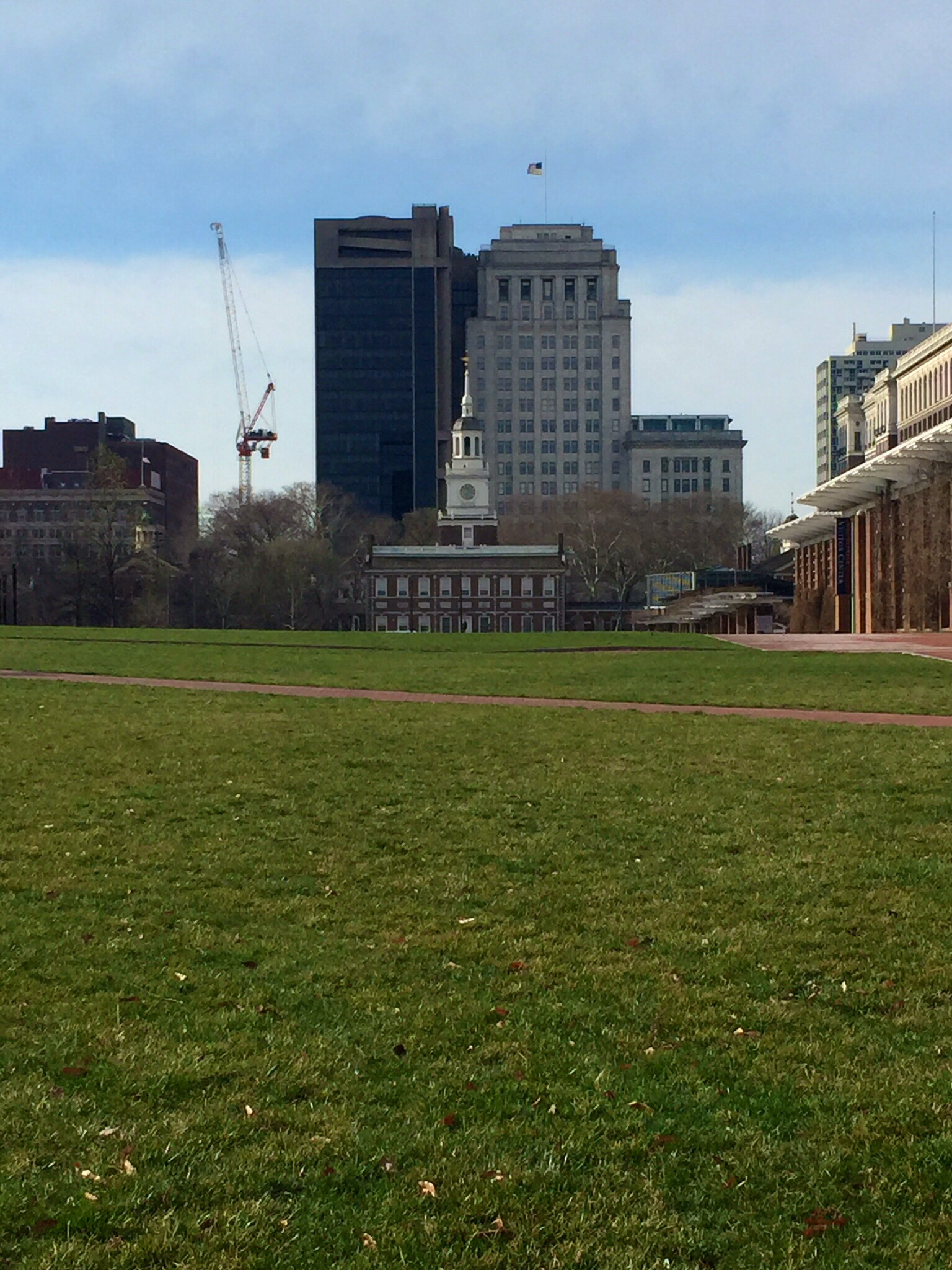 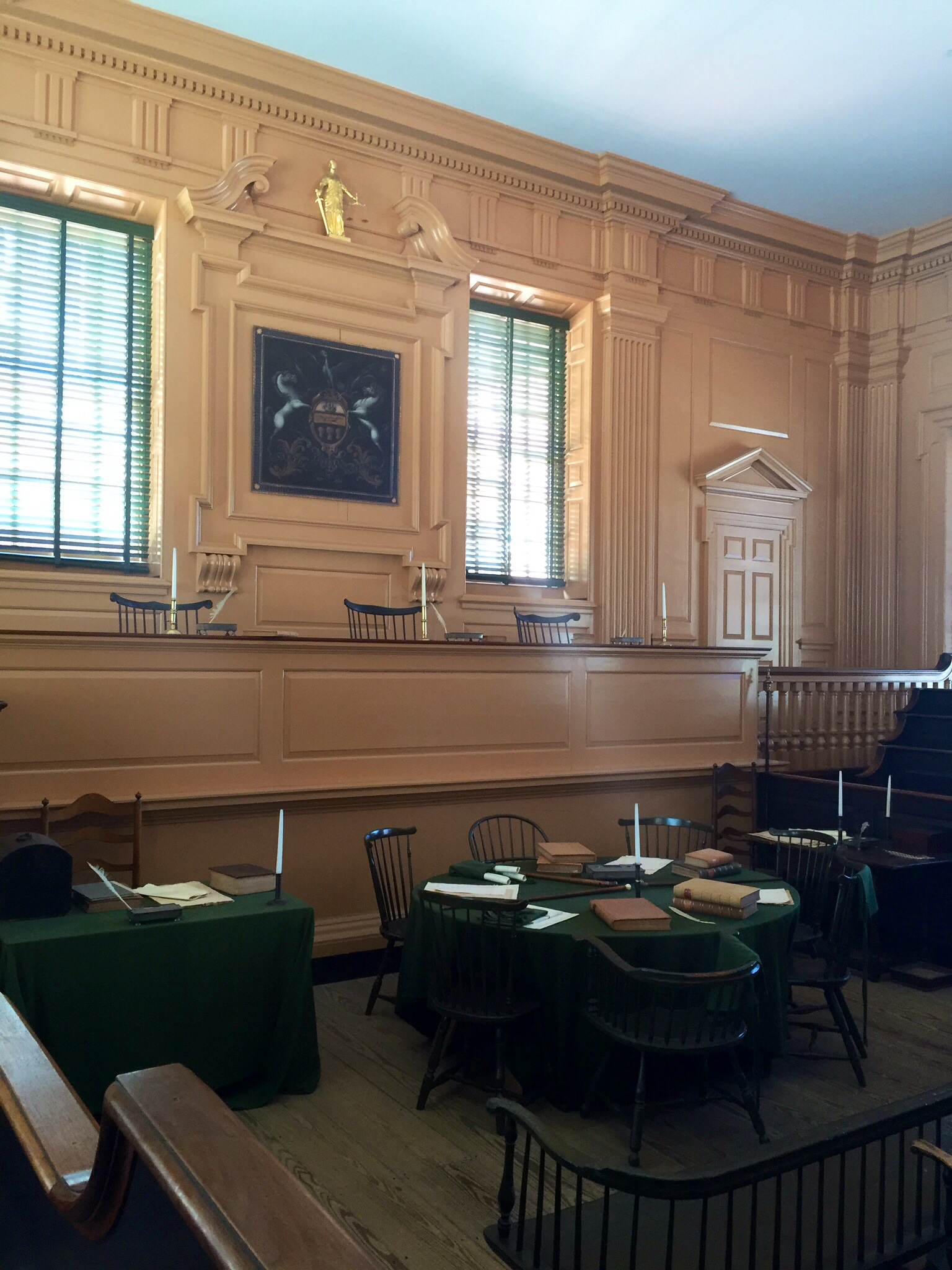 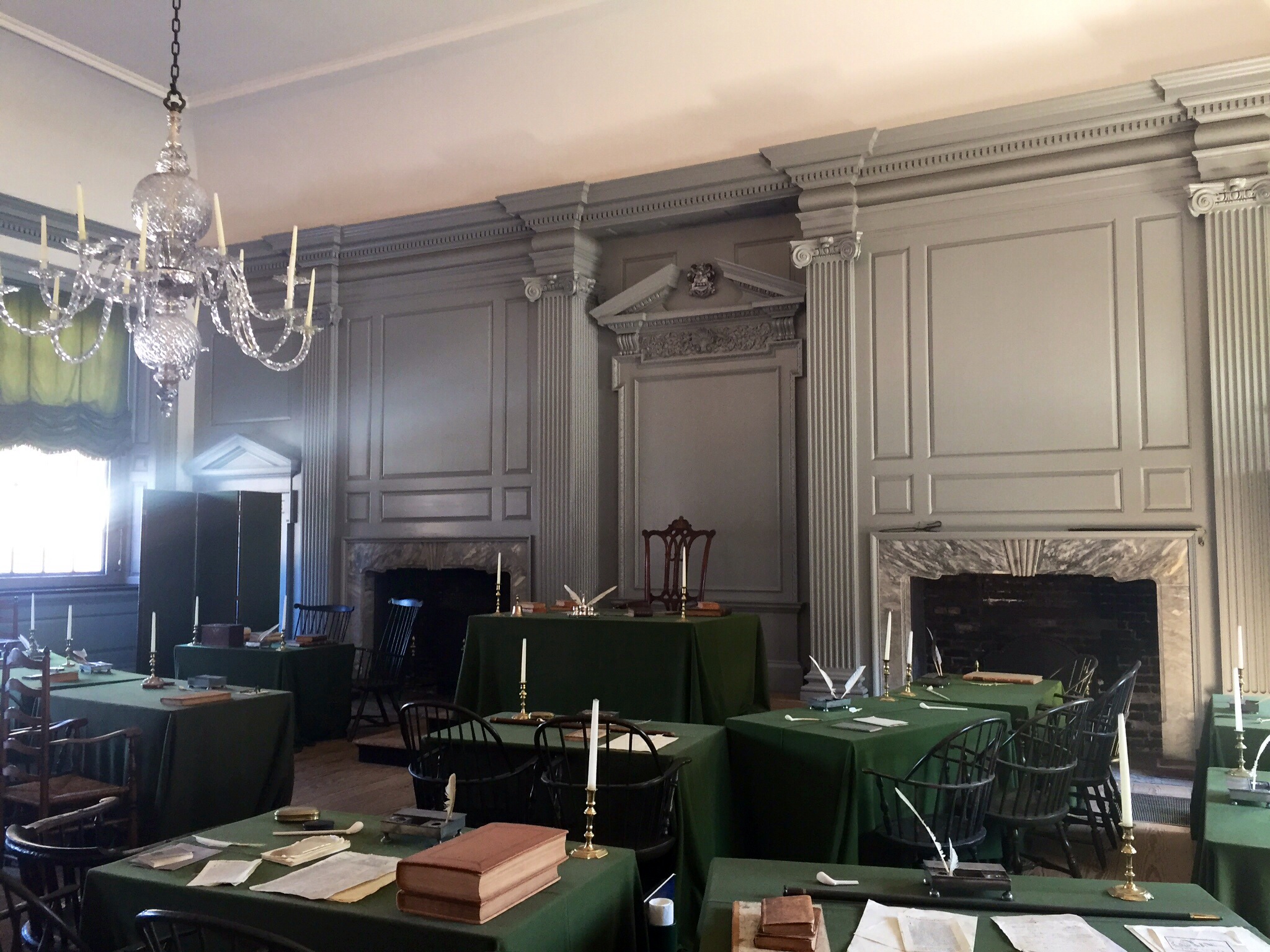 With 48 hours on the clock, I set my sights on seeing some of the historic elements of the city, including the Liberty Bell, Independence Hall (where the Declaration of Independence and the U.S. Constitution were both signed), the U.S. Mint (where you can learn all about how money is made, and even watch it being produced), and the Federal Reserve (where they give you a bag of shredded money as a souvenir). For the political scientist, economist, and historian, these are all things you will want to see and probably devote at least a day or two to them so you can view each at your leisure.

On day one, after a three-hour car ride, it was all about finding food and doing some sightseeing. The weather was on the chilly side, so the various layers I packed along certainly came in handy. Lots of walking later, I found my way to the Reading Terminal Market (but only after stopping at BurgerFi out of sheer starvation). This place has everything, and I mean everything you could ever want! Philly Cheesesteak? Check! Gourmet dounuts. Check! What more do you need? 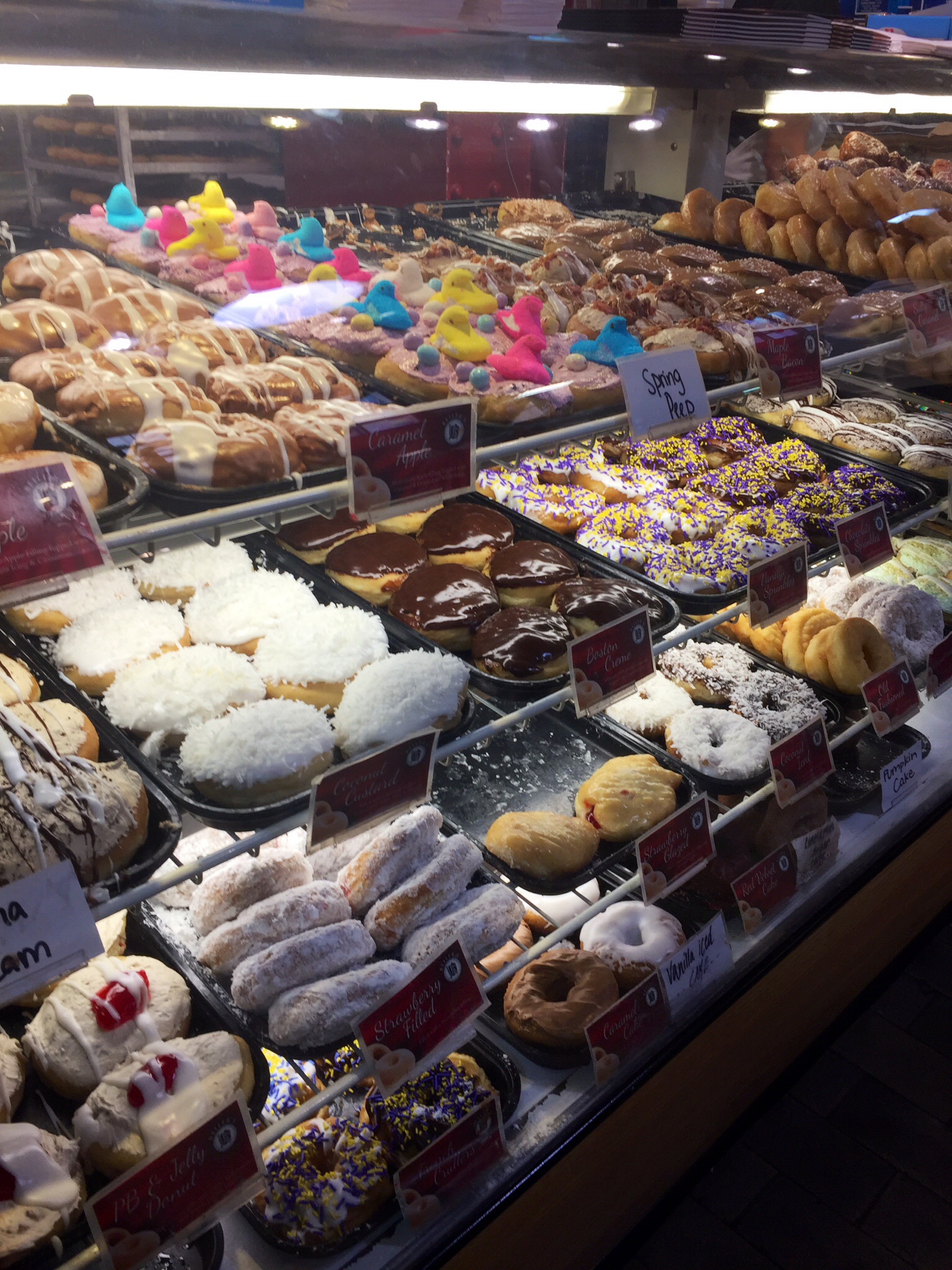 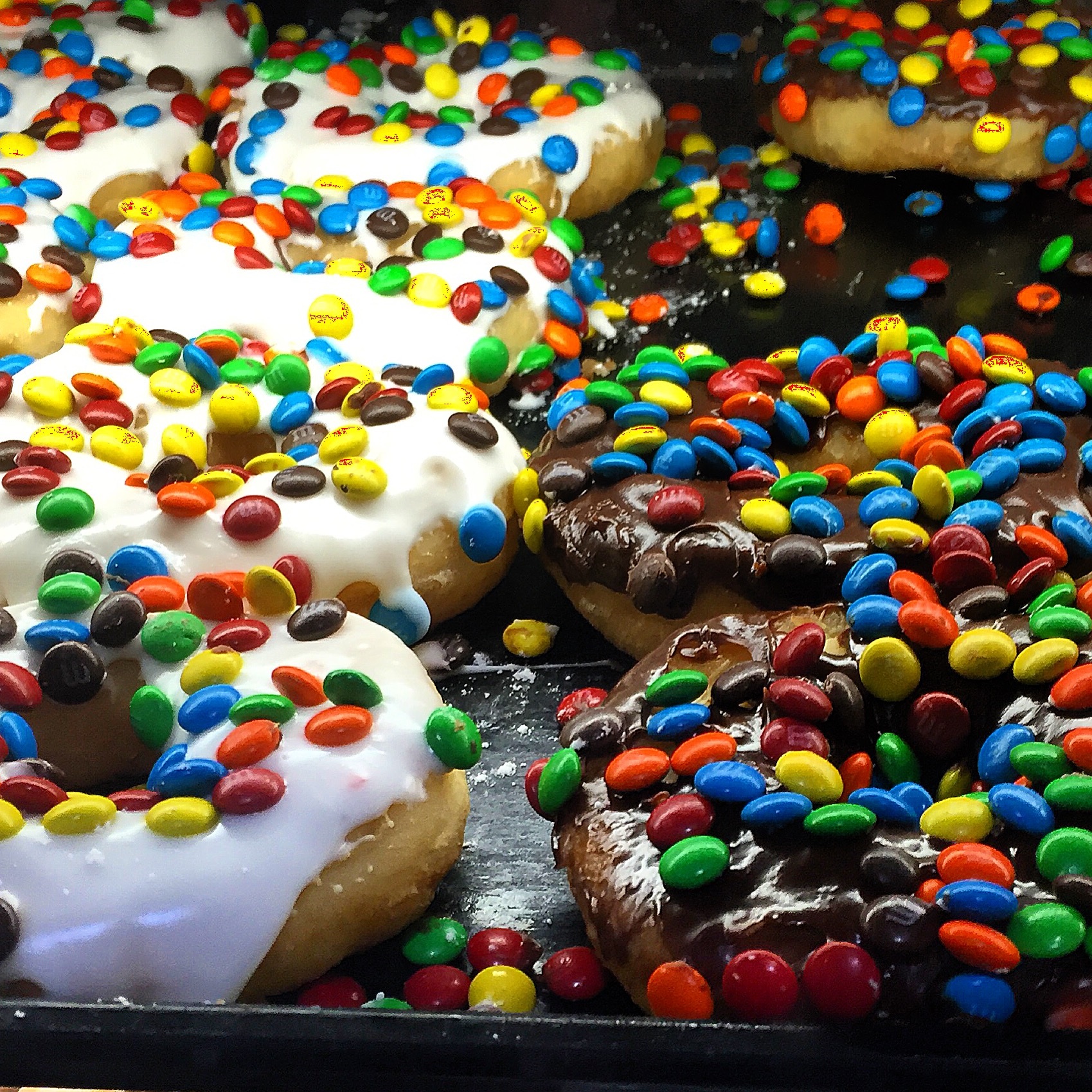 Let’s chat about the gourmet donuts, shall we? I might have to move to Philadelphia just for Beiler’s Donuts. Don’t let the long line dissuade you — these donuts are well worth the wait. I snagged a couple every day I was in town, and even made the trek on the last morning before I left to buy a dozen to take home. They have every flavor imaginable, and one is more sinful than the next. Looking for red velvet, salted caramel, or a peanut butter filled donut? They’ve got you covered. Sadly, the Reading Terminal Market is their only location. 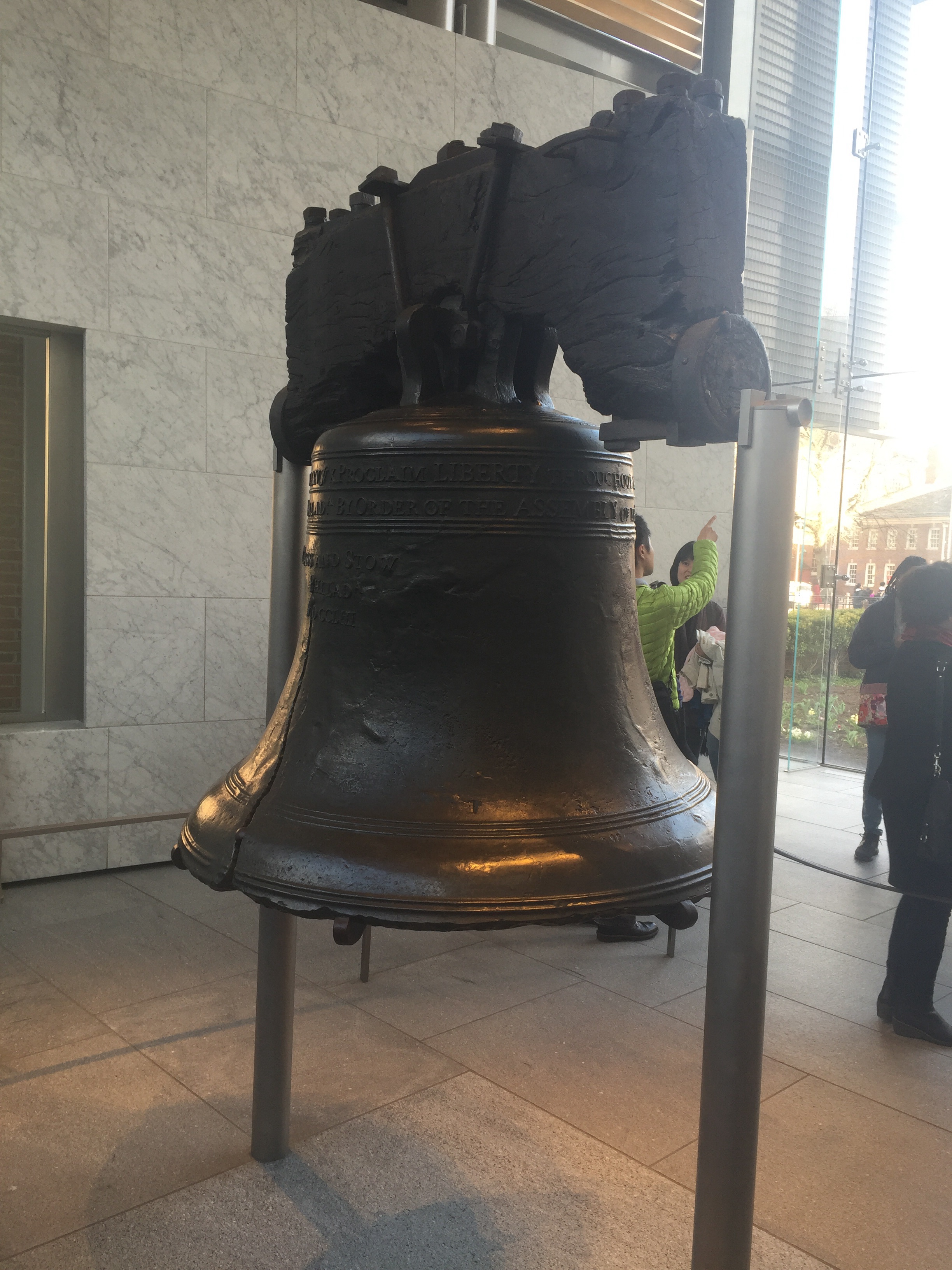 After touring the Reading Terminal Market it was fairly late in the day. The U.S. Mint proved to be a popular stop for school tours, and there wasn’t enough time to get in before it closed. Luckily, the Liberty Bell was nearby and still open, so the rest of the day was spent seeing that before retreating to the hotel.

On the itinerary for the next day was the U.S Mint, Independence Hall, and the Federal Reserve. I have to say, it was the most amount of museums I have ever visited in one day, and after seeing all three I was kind of museumed out. I found the U.S. Mint to be particularly interesting as you are able to watch the workers as money is being coined. 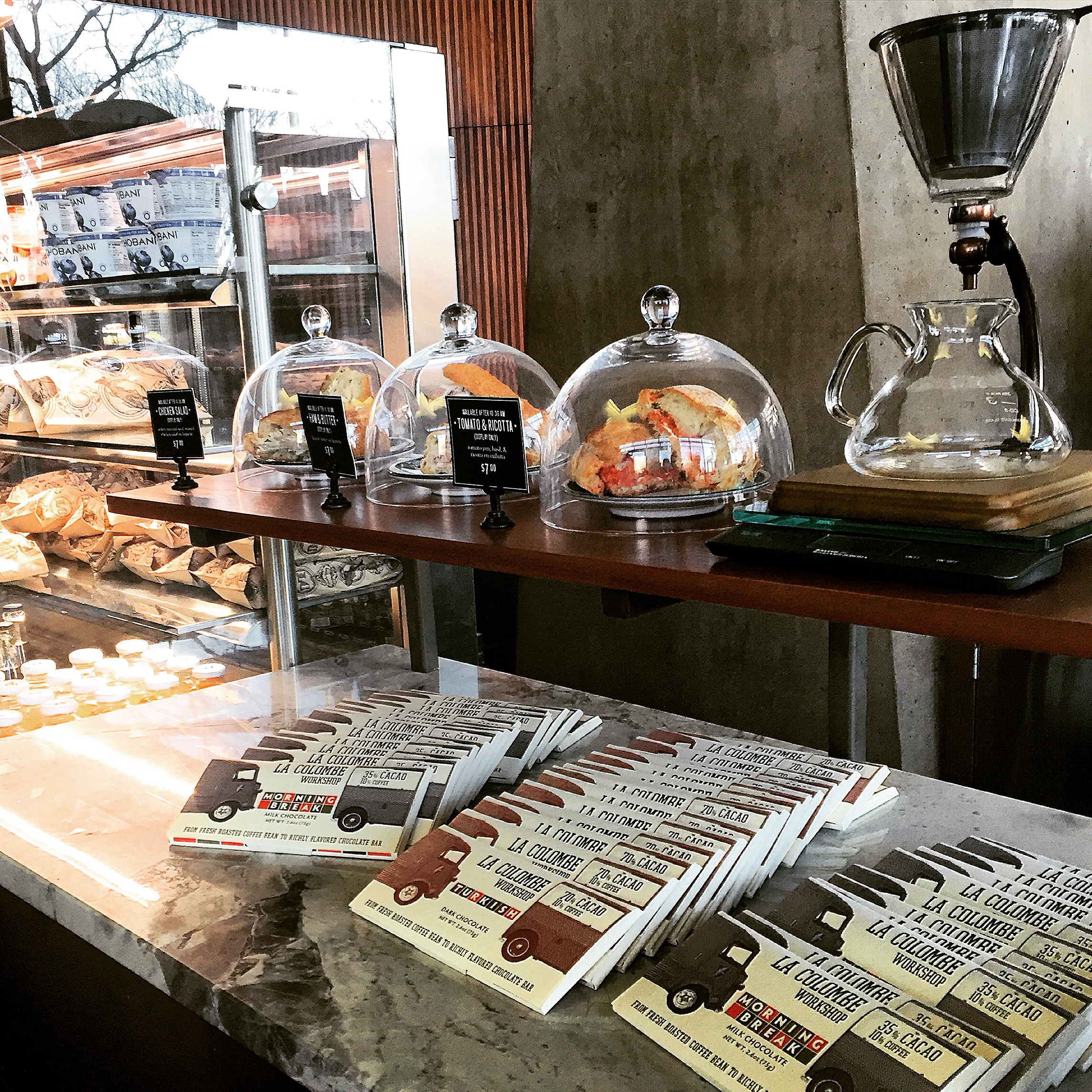 After visiting Independence Hall, which was the final stop on my museum tour, I was in serious need of a coffee. La Colombe came highly recommended and was nearby. It’s on the corner, located across the street from the Liberty Bell, and offers plenty of room if you want to get some work done or just people watch as you sip your cup of joe. It was a much needed respite after a long day of walking and sightseeing. 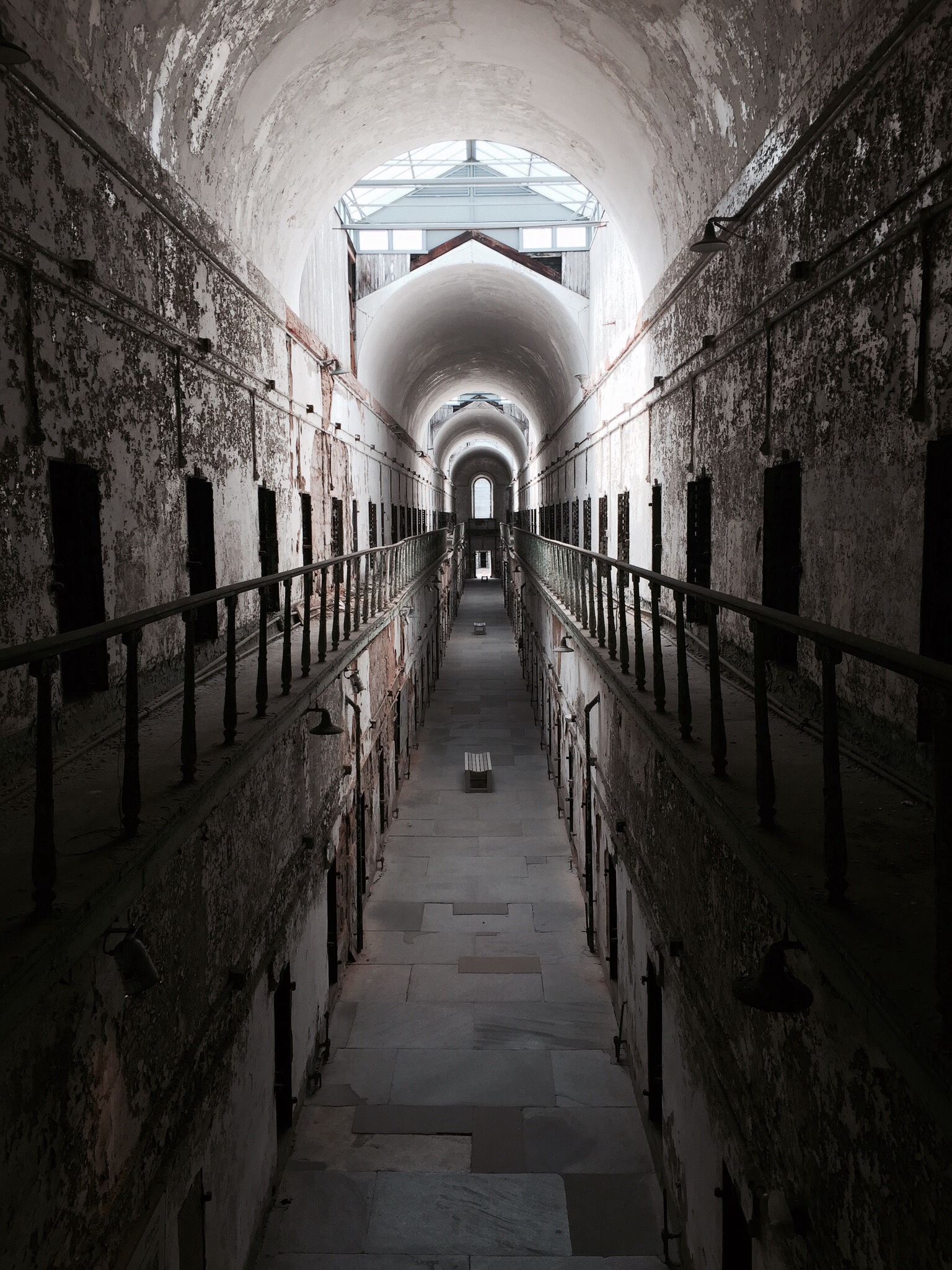 My final day in Philadelphia was spent at the Eastern State Penitentiary, which was both fascinating and eerie. I can’t wait to share the photos with you next week!

Philadelphia is a very walkable city, but a sturdy pair of walking shoes would be wise. I did my fair share of walking on cobblestone streets, so seriously, don’t skimp on proper footwear. Also, you will need an I.D and will have to go through security to get into places like the U.S. Mint and the Federal Reserve, so make sure you don’t go too close to closing so you have ample time to get in and look around. Most of these places close around 4 pm, so plan accordingly. 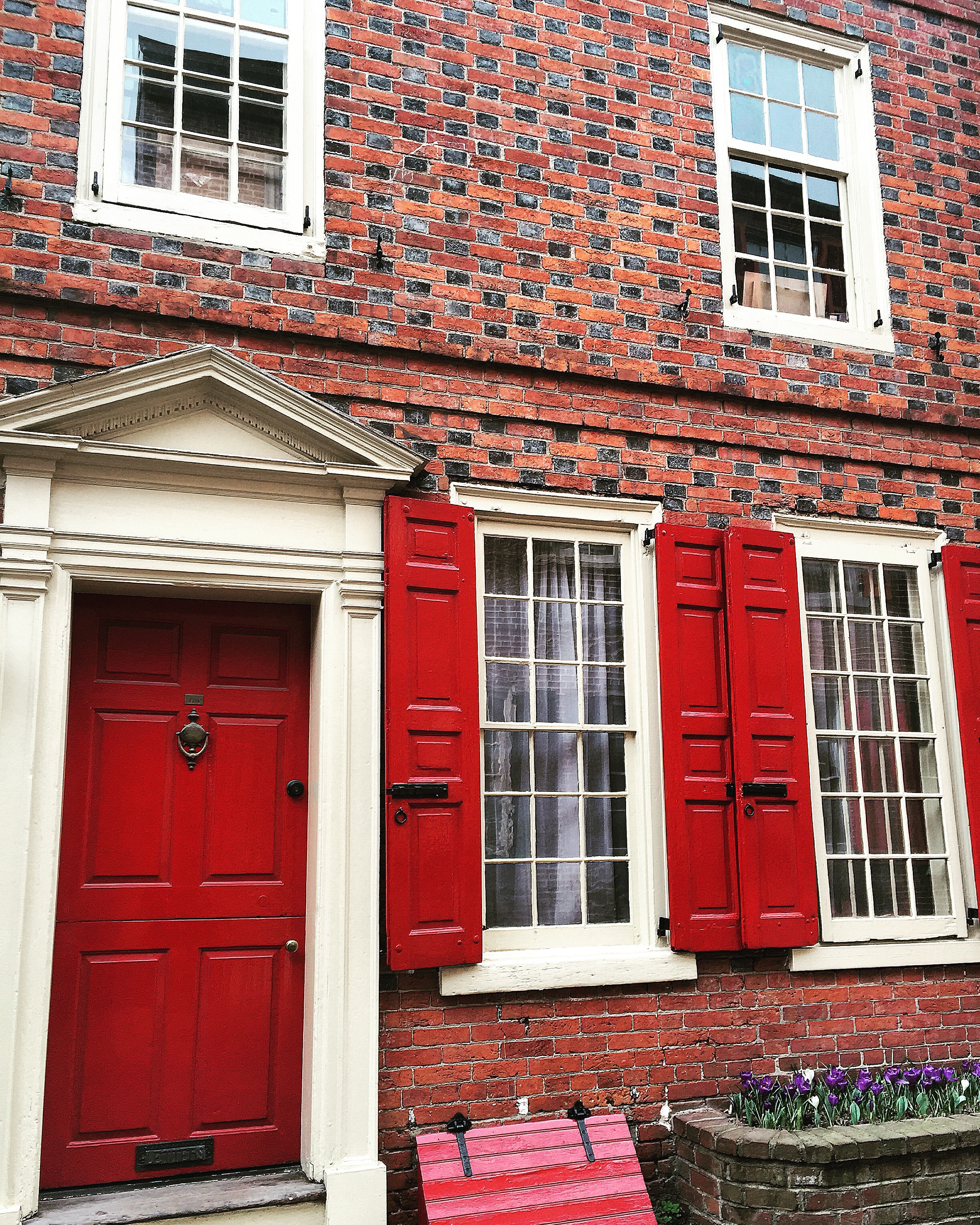 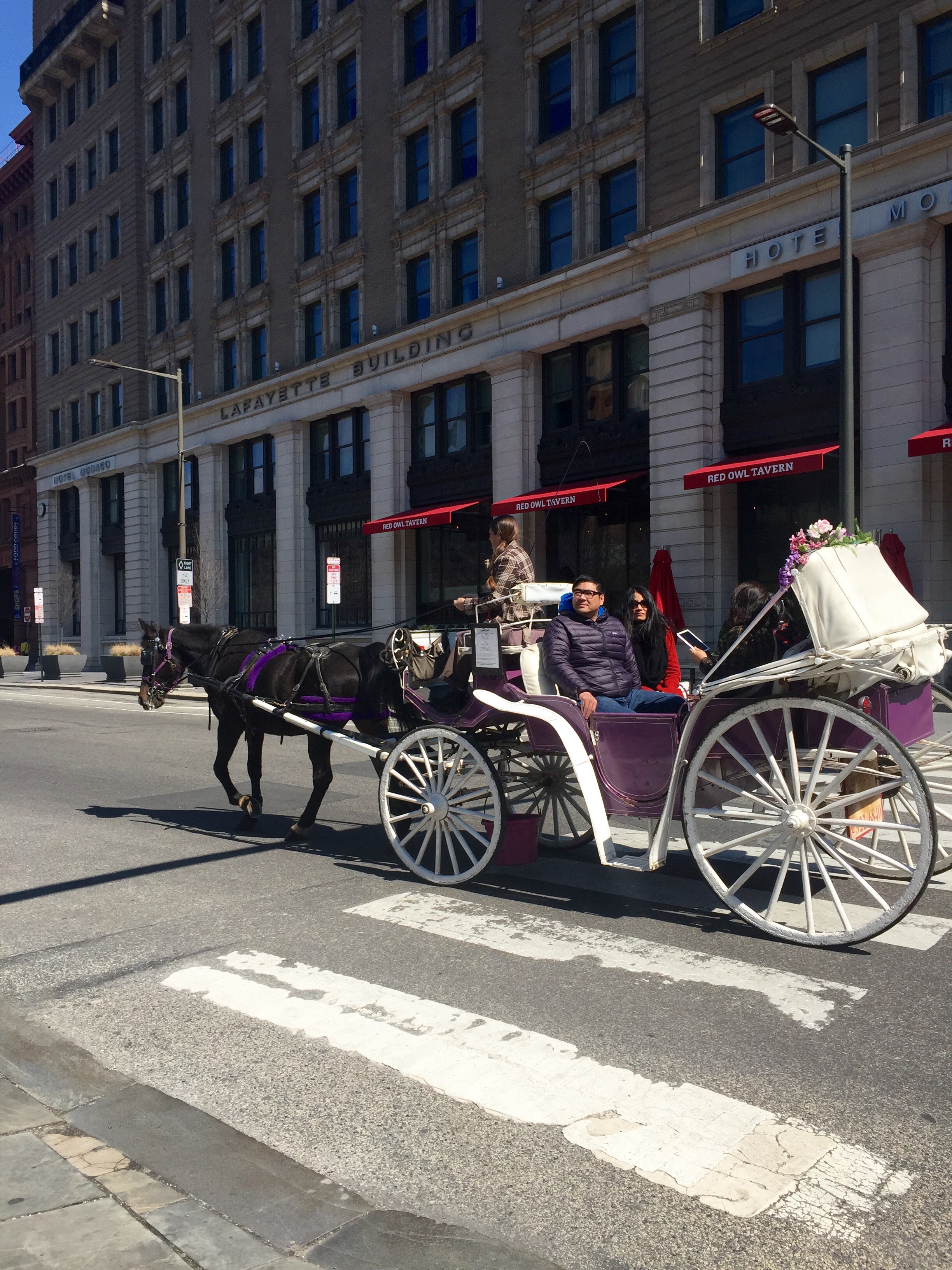 I loved seeing the quaint townhomes and horse drawn carriages, which if I had more time, would have been a great way to explore Philly. I’m definitely looking forward to visiting this city again in the future! 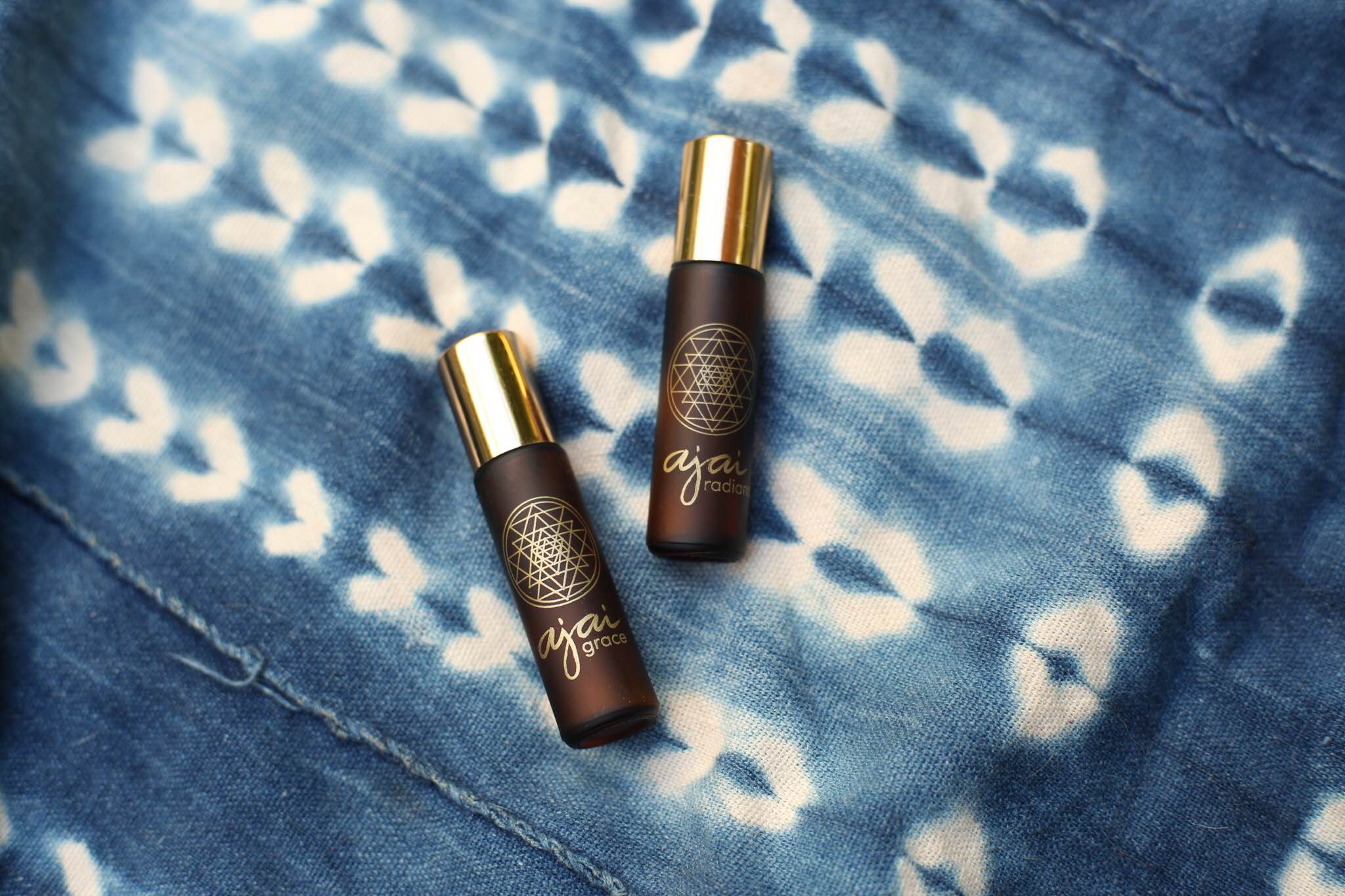