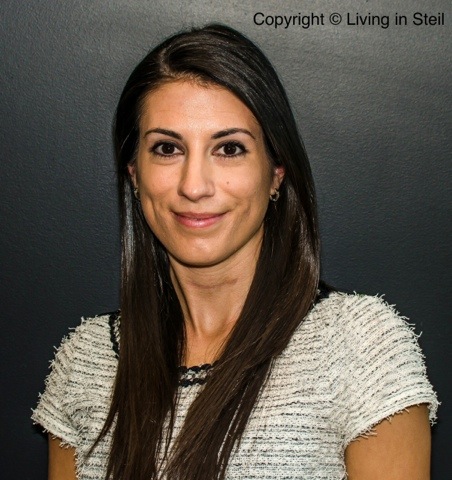 On April 2, 2013 I was diagnosed with thyroid cancer. According to the Thyroid Cancer Survivors’ Association and the American Cancer Society, approximately 60,220 people in the United States were diagnosed with thyroid cancer in 2013. I never expected to be part of that statistic at age 26. One month earlier, during my annual visit to my gynecologist, the doctor performed a complete physical as part of the routine visit. During a neck exam, he felt a lump on my thyroid. That discovery caught me off-guard; I had no particular symptoms and had been healthy. Nonetheless, my doctor recommended that I have blood taken, a neck ultrasound, and he referred me to an endocrinologist.

I told myself the lump was nothing more than a benign nodule and I tried to put the findings out of my mind, but I could not. The next day, I scheduled a neck ultrasound preceded by blood work. Something during the ultrasound troubled me, so I was not surprised when I received a call from my gynecologist, a week later with the results. My blood work showed I had subclinical hypothyroidism; I had an under-active thyroid gland, which without medication would eventually cause me to feel tired and sluggish.

A week after receiving my blood results, I had a consultation with an endocrinologist. He told me that the nodule was more than 1.8 cm and would require a fine needle aspiration biopsy to rule out the suspicion of cancer. Six days later I had the nodule biopsied. The endocrinologist compassionately called me and requested that I come in so that he could deliver the news in person. Not only did the biopsy reveal my biggest fear, a diagnosis of papillary thyroid carcinoma, requiring a total thyroidectomy, but it forced me to come to terms with having to take Synthroid, a daily synthetic thyroid hormone replacement for the rest of my life. Before I left his office, the doctor advised me that I “should not make a research project out of the diagnosis” and recommended I find a surgeon and schedule a thyroidectomy.

A few days passed as I digested the news. I had good days where I felt positive about my future, and days that were more difficult to endure. I began taking a low dose of Synthroid daily to treat my hypothyroidism, and each pill was a constant reminder of my present and what would become my future. With all of this new information, I felt confused and overwhelmed. I knew I needed surgery, but should I get a second opinion? How do I find a good surgeon? Should I have a second biopsy? It was then that I began to understand the endocrinologist’s warning.

My first step in finding answers to my questions was the Internet. There I found one of my most invaluable resources, ThyCa: Thyroid Cancer Survivors’ Association, Inc. ThyCa had a wealth of helpful information for newly diagnosed patients, along with questions to ask your surgeon, what to expect during and after surgery, and support groups.

As I began gathering names of surgeons, another question arose. Did I want to have surgery near home on Long Island, or did I want to see a doctor in New York City? After meeting with a surgeon on Long Island, I decided to get a second opinion from a doctor who came highly recommended at Weill Cornell Medical College in New York City. During my consultation he reviewed my results and told me something new. I had Hashimoto’s Thyroiditis, an inflammation of the thyroid gland that diminishes its ability to function properly. He recommended removing the entire thyroid and any surrounding lymph nodes to reduce the risk of recurrence. I felt confident with the surgeon and his proposed treatment and scheduled my surgery for May 3, 2013.

However, when I returned home and thought it over, I realized that I needed more time to process everything; I wasn’t ready to have surgery the following month. Again, the endocrinologist’s words haunted me. By this time I was torn, and allowed myself to indulge in the “what ifs.” What if the biopsy were wrong and it was nothing more serious than an under-active, enlarged thyroid? What if I underwent a thyroidectomy for nothing and had a scar on my neck as a permanent reminder? I needed more answers before I could feel certain that surgery was my only option. As a last resort, I sought the advice of a third surgeon, who was referred by my Ear, Nose, and Throat specialist. The surgeon, after reviewing my extensive test results, came to the same conclusion as the surgeons before him had: I had thyroid cancer and needed a total thyroidectomy. He was so sure of the results, and his confidence finally forced me to face the reality I had been so desperate to avoid.

On June 17, 2013 I underwent a total thyroidectomy with central neck dissection and lymph node removal. I was no longer someone with a diagnosis of thyroid cancer, but rather a cancer survivor. After I spent a night in the hospital and had symptoms no worse than a sore throat, I deemed my surgery a success and I was ready to start the next chapter—recovery.

I saw my surgeon for a post-operative appointment about a week later. The pathology results had come back. Of the six lymph nodes that were removed, one showed signs that the cancer had spread. I had done little reading about radioactive iodine as a cumulative follow-up procedure during my research phase, but I was sure that was going to be the next step. To my great surprise, my surgeon had a different plan. Since my most recent blood work indicated that my anti-thyroglobulin level was trending downwards, he felt comfortable in adopting a wait-and-see protocol. Should my levels plateau or increase, we would do a course of radioactive iodine. I left his office that day elated, and it marked the first time that I was able to think of something other than cancer.

It is now ten months after my surgery. In March 2014 I met with my surgeon, who requested another visit—but not until June 2015. I will continue to be under the care of an endocrinologist and have blood work done regularly to ensure that my Synthroid dose remains at an effective level. My scar is virtually undetectable now, but its remnants serve as an important reminder of how fragile life can be. I was blessed to have the support of family, good friends, and an amazing team of doctors at Weill Cornell. The thorough examination conducted by my gynecologist is what led to early detection and my diagnosis. To him, I am forever indebted.

If I could offer one piece of advice, no matter your age, it would be this: have your doctor perform a thyroid exam at your next appointment and learn how to properly do the exam yourself. I urge everyone to visit the Thyroid Cancer Survivors’ Association’s website where you can receive free information on thyroid cancer, neck exams, radioactive iodine treatment, and so much more. 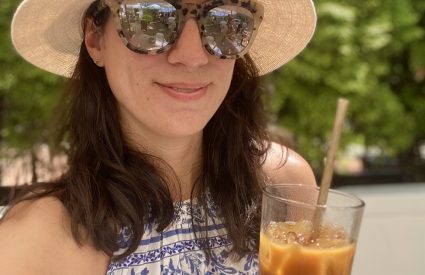